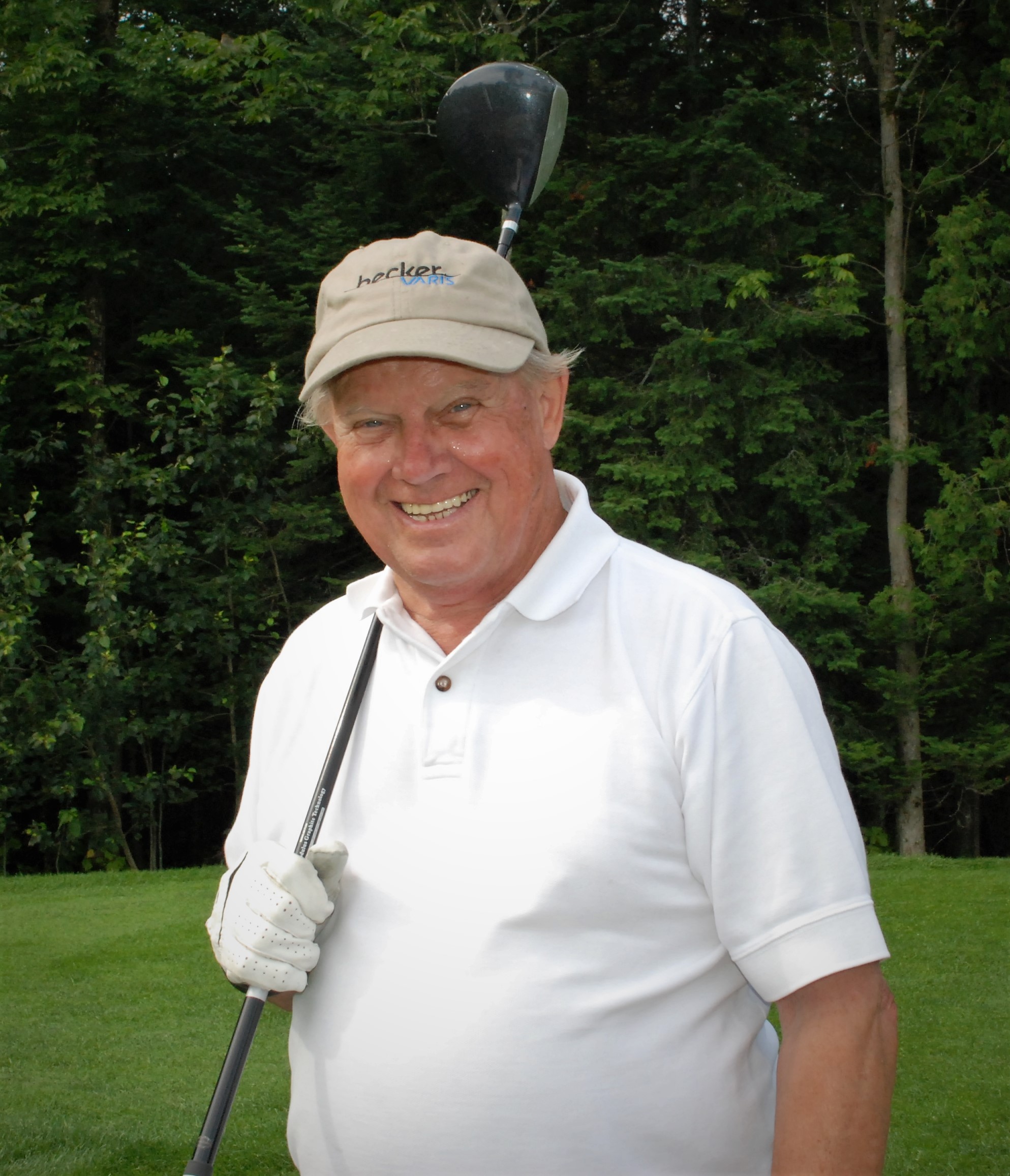 Among the many things I picked up from my Dad was a firm belief there’s a time to be serious, a time to have fun and sometimes it’s best to just have some serious fun.

And from what I could tell, Deirl Alvin Dale much preferred a good chuckle to anything more intense than making sure there was an early tee time booked.

His passing on Sunday, Sept. 22, 2019 came as a relief in many ways after suffering incrementally poorer health each of the previous several years.

Some sort of dementia symptoms started almost a decade prior and it wasn’t long after his body started giving up in parts and pieces. I wouldn’t wish that kind of hell on my worst enemy.

At 84 years old, he out-lived all the men in his immediate family and is only survived by his little sister Bev, who visited him regularly and celebrated his birthday last month with kisses and hugs.

Their siblings Verna, Muriel, Harold, Denzil and Velma all went before them, as had their parents, Rhorison and Hilda. The Dales of Cobden made their mark but it’s fading fast.

My mother, Anna Dale, deserves a medal of honour for being there for her husband to the end. It was not an easy or fun duty, that’s a certainty. Their love was tested and she passed with flying colours.

Three cheers also to my sisters, Donna and Kim, along with their partners Dave Cushing and Wayne Glibbery, who spent much more time with him than me.

Despite his fractured mind and bodily pains, Dad lit up when family and friends dropped in for a visit at his Pioneer Manor home in Sudbury. A consummate charmer and a dedicated yet harmless flirt, he was well-loved by the female staff especially.

But, as Mom would say, Dad reserved a certain special energy for male friends after spending most of his working 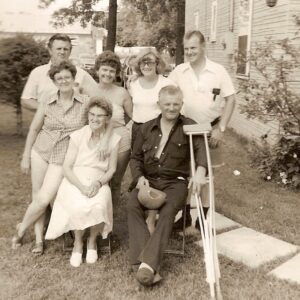 Top right, Deirl Dale with his siblings and mom at a family reunion in Cobden, Ontario in the late 1970s.

life in boardroom meetings that often spilled onto golf courses. He was “a suit and tie” guy for all his professional life working primarily as a field operations accountant for a series of large construction firms. From ventilation shafts for Falconbridge, mines for Inco in Indonesia and a steel mill in Ohio, Dad was the guy who hired and fired project staff while making sure the primary contractor did their jobs. And when it came to the international projects, he made sure the sub trades got paid so things got done.

Saudi Arabia and Brazil were among the countries I remember as locations for his extended business trips while he also worked in many parts of the United States. He and my mom spent most of their time in Pennsylvania.

I grew up reading National Geographic magazines and Collier’s encyclopedias following his globe-trotting ways. It helped build a worldly knowledge base that served me well throughout my life, but it also exposed me to an understanding about how we were destroying the planet. As a young boy in the 1970s, my perspective was formed and fueled by anti-war sentiments and environmental concerns. It’s fair to say my Dad and I rarely shared political outlook. 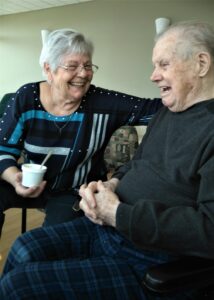 Mom and Dad share a laugh about ice cream at Pioneer Manor.

Ironically, before he retired, his employment was mostly derived from projects to clean up the environmental damage his previous jobs created. I didn’t mind rubbing that in when the opportunity presented itself.

Regardless, everybody appreciated his good humour, quick smile and gentle nature. It’s how he will be remembered for a very long time.

“You’re a fart smeller,” he would say to all the smart fellers.

That’s all I can write for the moment.

On top of appreciating good times, my Dad instilled in me a serious work ethic and firm sense of responsibility, and I have a magazine to produce.

There’s no time to mourn this week. Life goes on. A job has to be done and there’s a deadline to meet.

(There won’t be a funeral service but a celebration of life will take place sometime in the future. Personally, I’m thinking about a parent-child best-ball golf event for what would have been his 85th birthday Aug. 22, 2020. But there might be something else before that. Keep in touch for details.)

One journey ends, another journey begins …