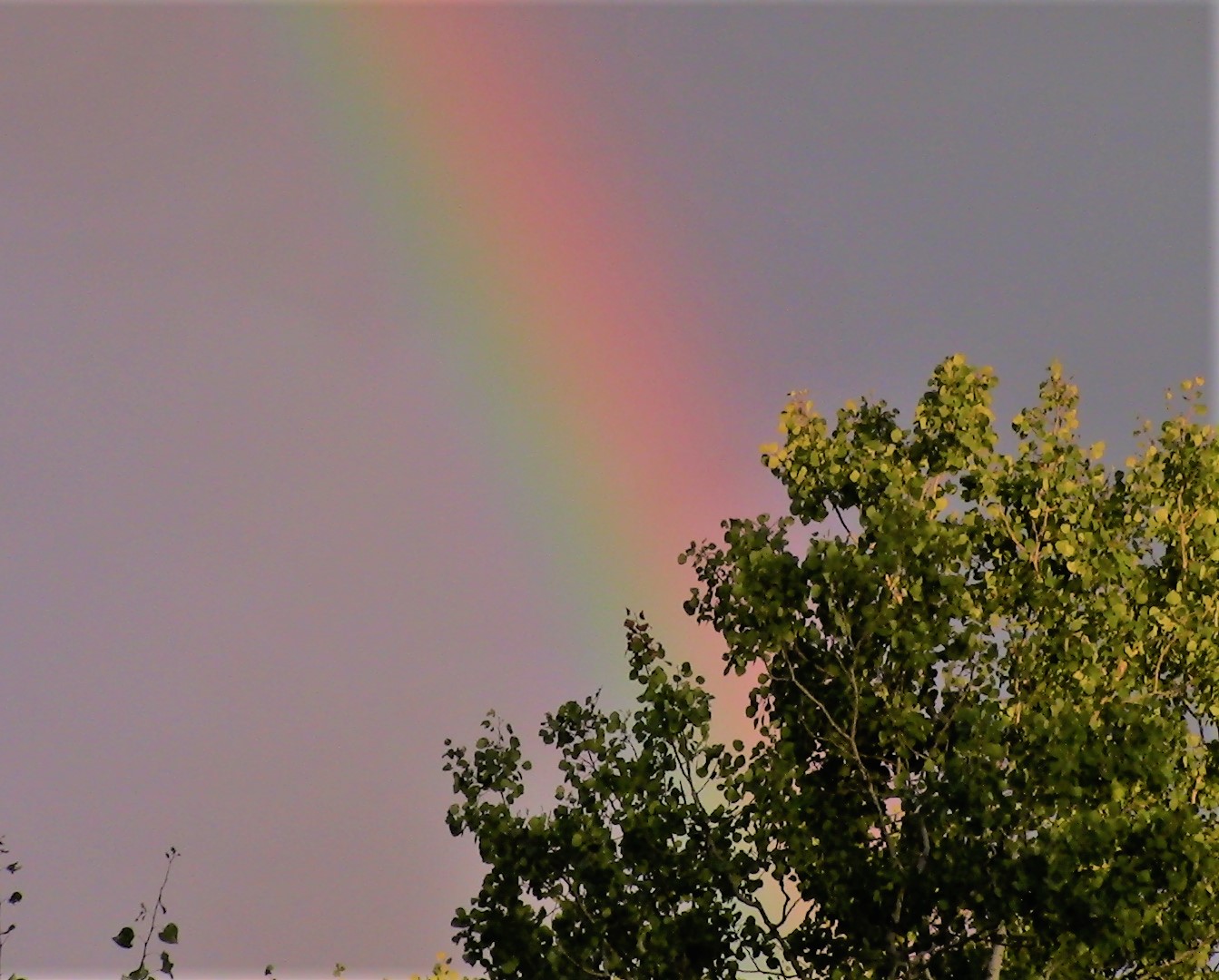 Fairness in taxation is much like beauty, it’s in the eye of the beholder.  The concept attempts to balance the rights of the individual with the obligation to society and the success of that equalization is only evident in the lack of opposition to the tax.

Property tax is meant to be a fair means of paying for services with a progressive aspect allowing those with the means to pay more.  Although the Municipal government sets the amount of tax raised, the province basically controls what services it pays for and through the Municipal Property Assessment Corporation (MPAC), an individual’s share of that tax.  Far from being open and transparent, property tax is quite often blended in with a mortgage payment and the services it pays for can be taken for granted or used infrequently.

There is no singular source of performance measures nor other value reporting that provides a detailed overview of all the services funded by the property tax dollar.  It becomes easy then to complain about the amount of taxes without really knowing how society benefits as opposed to you, the individual. 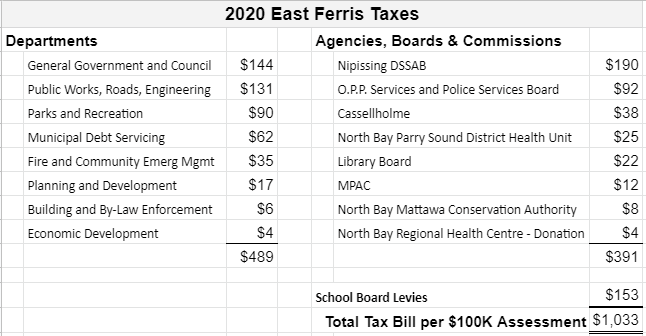 The other assumption we make is that our portion of that cost is shared fairly among the stakeholders of the community.  Again, the lack of clear measurement and the complexity of the method by which those taxes are allocated makes it nearly impossible to judge how fair the distribution of costs actually is.

The history of property tax in Ontario shows it has not been soundly endorsed and often opposed. Going back to 1967 and the Smith Report, and then the Fair Tax Commission after the radical changes imposed by the Harris government, property tax has always been considered in need of reform. The Ontario Ombudsman put together a report in 2005 and the Auditor General looked at MPAC in 2010 with a follow-up scoping in 2012  Putting those reforms in place, however, has been challenging and even the latest commitment in the 2021 Ontario Budget demonstrates we haven’t got it right yet. (Don’t squint too hard to read the fine print below, it’s not even a promise, just a political intention.) 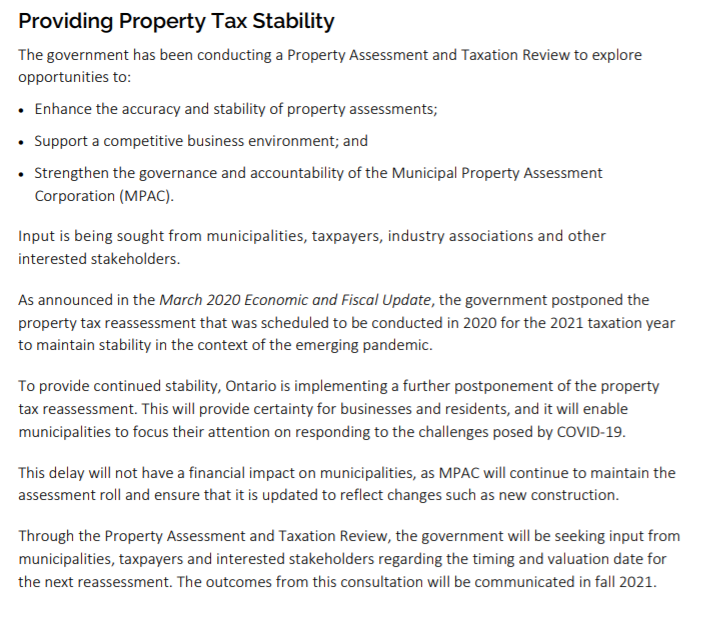 MPAC does not report on the quality of their assessments and it is only lately that everyone can access the selling price of homes, but by using the data in www.aboutmyproperty.ca and www.housesigma.com comparisons can be made between the selling price and the Current Value Assessment.  By comparing the two figures, keeping in mind the valuation date was estimated back in 2016, the average difference between the two is around $125,000 for just over 100 homes where the selling price is available.  That means if your property is one of the ones accurately assessed, you may be paying $1,000 in taxes more than a comparable property.

That is unfortunate, since there are many more costs coming to municipalities and existing line items are set to balloon as early as next year. Social services, that should be paid with a progressive tax, and increasing insurance costs that should be shared equally using a regressive tax are going to put a strain on the system that was never well suited to support either.

The quote made famous by Winston Churchill comes to mind: “Democracy is the worst form of government, except for all the others.” That may turn out to be the case for property tax also, but in the meantime, one should use the tools available to compare your assessment to others and be prepared to appeal.

The impact on assessments will only get more distorted after this pandemic-fueled surge in selling prices throws existing assessments off kilter.