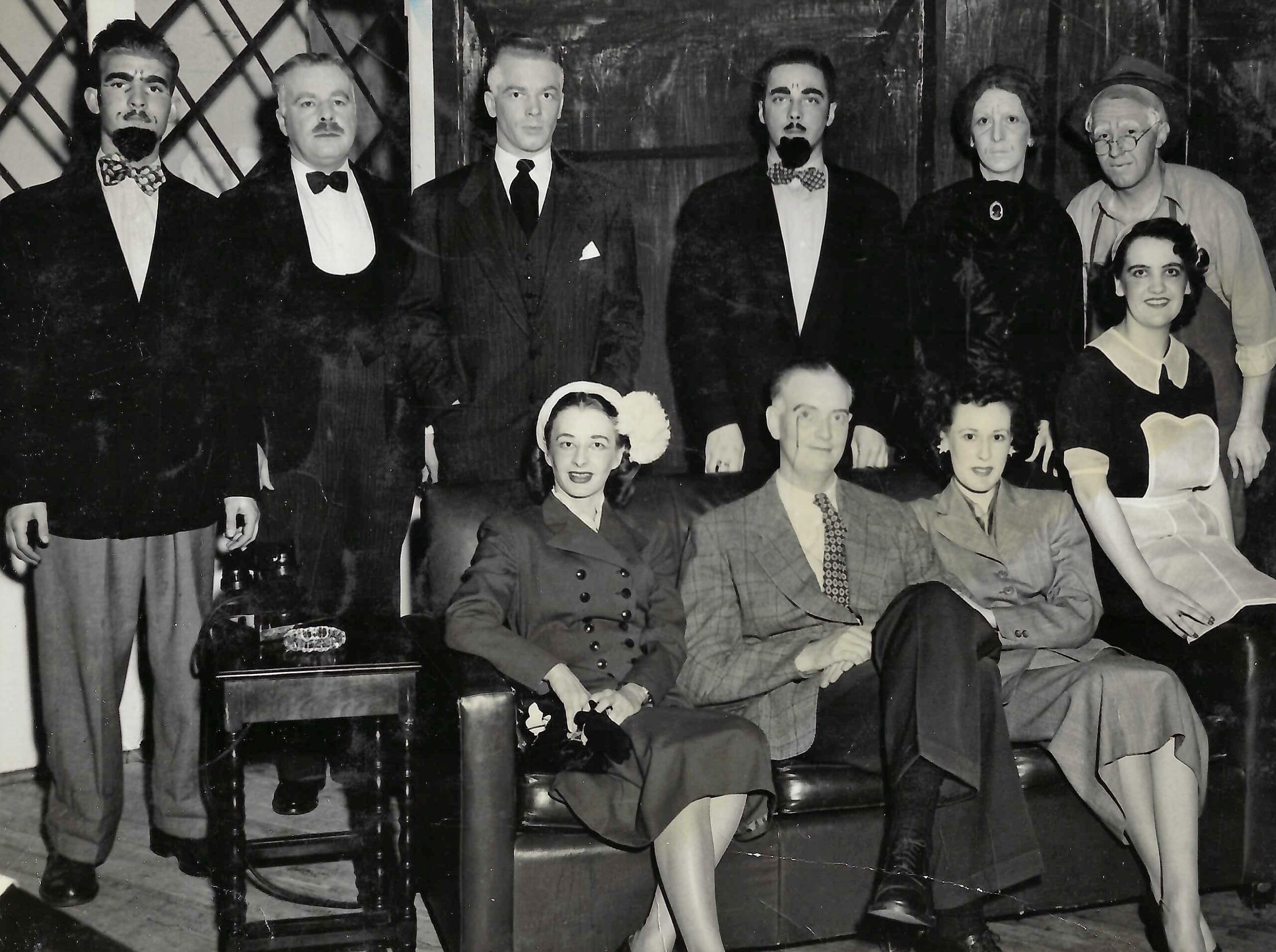 North Bay has been entertained by the Gateway Theatre Guild since 1948. We have been delighted by plays, revues and musicals featuring casts of colourful characters with lots of drama on and off stage. Unfortunately, due to Covid-19, the Guild was forced to cancel the 2020-2021 season. At no other time in its long and illustrious history has the North Bay theatre community been dark for so long.

Fortunately for us we can revisit the early days. The guild has an amazing archive dating back to its first production Gateway Gaieties in 1948. The revue which featured 50 performers and a crew of 20 was the brain child of Gordon Lee, director, and producer, Steve Franklin.

According to the program notes, the two men; “ … imagined a show which would reflect before the footlights, the gaiety, the energy and the many talents of young people in North Bay. As this city is the gateway to the land of promise in the North, so the show was seen as a gate through which could be found the expression of these qualities created on stage.”

The show started with the classic by Irving Berlin, “There’s No Business Like Show Business.” The rest of the program featured original songs and skits written and performed by the cast members including Lee and Franklin with Eunice Saya on piano. Some familiar names in the orchestra were Doug Irwin, director, George Justice on piano, Bill Herbert, clarinet, Ralph Burton, trumpet and Caddie Petrolia, drums. Sponsors with ads in the 1948 program included: C. Demarco Sweet Shop, Jackman’s Flower Shop and Deegan’s Shoe Store. Two of those iconic businesses are still operating and still supporting community events. Three names in the program jumped out: Edna Day was a crew member who would later become Edna Boyer. One of the chorus members was Delma Patterson, later, Delma Smylie. Both Edna and Delma were much loved mainstays of the guild right up until their passing a few years ago. Gladys Murphy who helped with the “coiffures” was in charge of costumes at the guild until the early nineties.

In February, 1949, the fledgling guild hosted the first ever North Bay Drama Festival. Organizers, performers and crew came from North Bay Arts and Letters Club and the drama club at North Bay Collegiate. The group received support from the Community Recreational Council which was headed by Dr. Kenneth J. Barry with Sam Jacks as Director of Recreation. The first meeting was held at the home of Mr. and Mrs. J. G. A. Stevenson. Minutes from the meeting show that for the great sum of $1 members could attend all the plays in the festival and the Gala. Photos from festivals in that era show ladies dressed in their finest frocks and men in suits and ties. No jeans to be seen back then.

As well as performing on stage, guild members collaborated with CFCH Radio to produce radio plays with scripts provided by the station. In 1950, the Guild accepted an invitation to preview their first three act play, “Tons of Money” at the Deep River Play House in Deep River. There is some irony in the show title as the entire cost of taking it on the road was $183.25 with a profit of $38.24 which was split by Deep River Play House and GTG. How times have changed.

The world of the theatre is full of snags and glitches; of forgotten lines and disappearing props; of flash pots setting the stage aflame, lights that don’t light and missed cues. It is not a hobby or profession for the faint of heart. Contrary to popular belief, rehearsing is often more fun than performing.

But, in spite of the challenges, few experiences can compare to the sound of the audience erupting with laughter or the exhilaration (and relief) when the curtain falls. 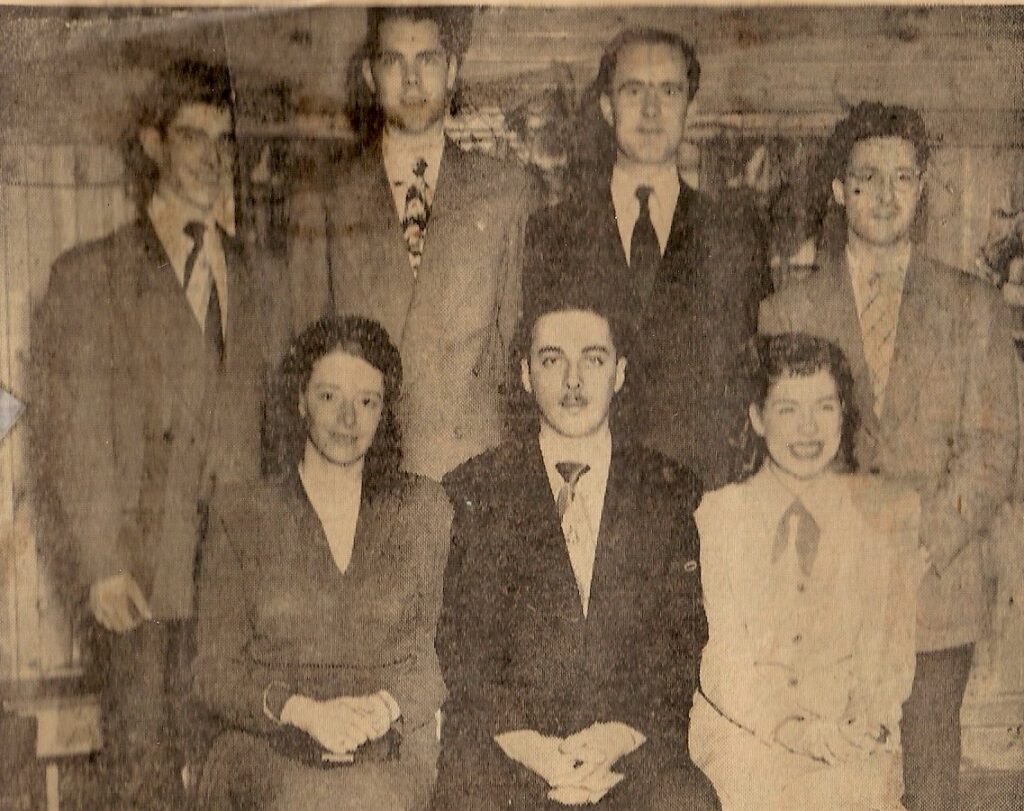 This article barely scratches the surface of the Gateway Theatre Guild’s history. This hardy troop of players has crisscrossed the province attending regional and provincial festivals garnering awards and accolades for acting, directing, set design and music. The Guild is also an incubator for great talent. Several members have gone on to careers in theatre and film as actors, directors and play wrights.

Today, 73 years after Gateway Gaieties, the guild is still a vibrant and important part of our community offering three shows each season. Each production must rely on dozens of volunteers: actors, technicians, set crew, producers and directors. Although the 2020-2021 shows are on hold, there is still hope that there will be one or more online play readings.

Plans are in the works for a production of Einstein by Gabriel Emanuel, directed by Rob McCubbin and starring Rick Blair. We can also look forward to a remount of Train Town, directed by Rod Carley. When the stage lights go on again, let’s give them packed houses.

(With thanks to GTG president Dr. Paul Monaghan and Guild archivists and members past and present. This column was originally published in print by A Bit of the Bay Magazine December 2020.)