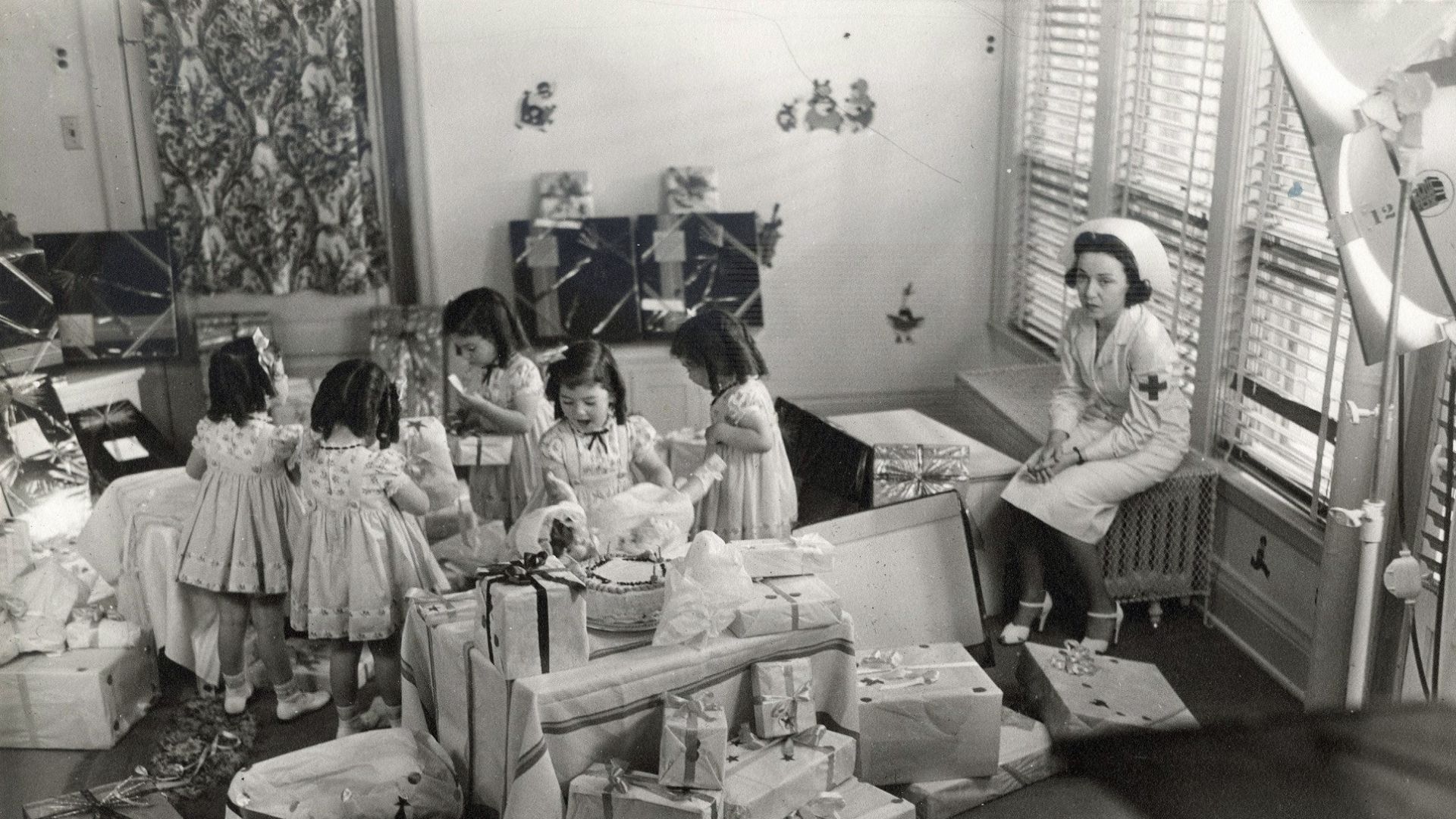 At one time, the Dionne Quintuplets were the most widely photographed girls in the world. From the time they were born, their fight for survival became a symbol of hope for those struggling to survive the Great Depression of the 1930s. The sight of the five identical and beautiful babies in newspapers across the world became a regular fixture that the public came to expect and anticipate. This was especially evident during celebrations and holidays. However, these photos created an inauthentic portrayal of the lives of Annette, Yvonne, Cécile, Marie and Émilie — a depiction of a fairy tale life that the girls did not actually live.

“People think we have [a] perfect life, they want us always smiling, they don’t see us as human,” Annette said in the 1996 documentary Miracle Babies, and when one looks to the massive commercialization of the image of her and her sisters, it’s a hard statement to deny. The exclusive contracts of the Newspaper Enterprises of America (NEA) were worth $117,000 (or $2 million in present day) and the agreements ensured that nobody else – not even their own parents – could take a photograph of the girls. This contract was a primary reason that the girls only left the nursery twice between 1934 and 1943. The Board of Guardians and the Ontario Government could not risk anyone taking a photograph of them in public because that would leave them open to a lawsuit by the NEA for breaching the terms of their contract. As a result of this agreement, the girls lived out most of their young childhoods in a nursery, except when they would go and play in an observatory to be watched by eager tourists. As a result, they were viewed more as a legal business rather than human beings.

Daily photos of the girls performing regular tasks were expected by the public, but those taken during celebrations or holidays were cherished even more. The anticipated popularity of these photos was so high that accommodations were necessary to guarantee that newspapers and magazines across the world would receive the images in time to print on the specific special day. So weeks, and sometimes even a month in advance of the occasion, the identical sisters would “…poke our heads through cardboard Valentine hearts, carve pumpkins for Hallowe’en, clamber happily on the knee of a Santa Claus who looked surprisingly like Dr. Dafoe behind the whiskers…” for staged photoshoots. 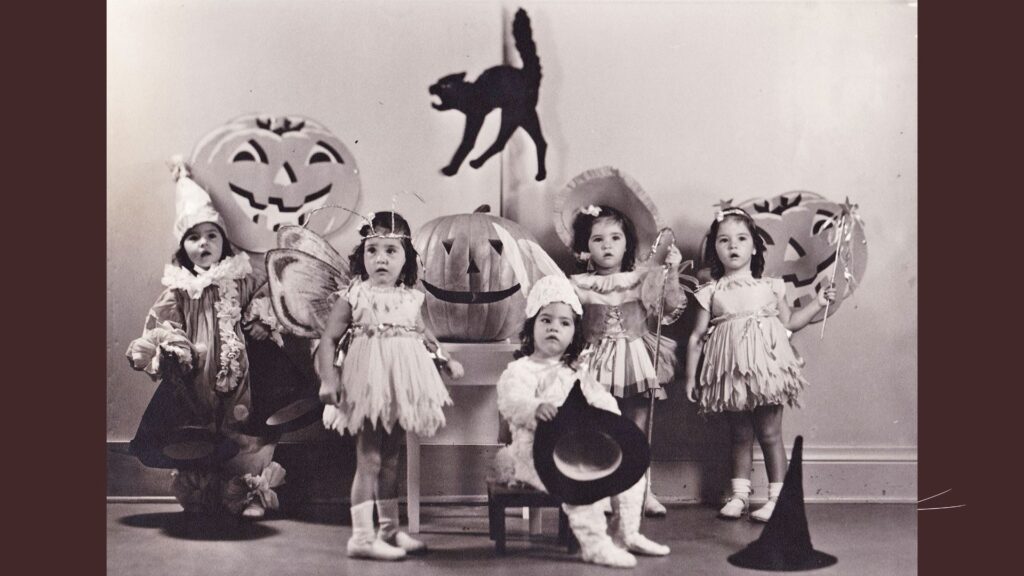 The timing of the photos was not the only thing that was staged. Often the props were fake or the scene itself was entirely inauthentic. For example, in Miracle Babies, Cécile recalls the photoshoots for her and her sisters’ birthday. “The gifts were all empty boxes… the cake was a big hole. It was always like that.

There was no cake at all when we cut it.” Her words reveal a new context to a photograph of the young girls standing around a mound of presents in their nursery. Knowing that the presents are just empty boxes while also noting the camera equipment that is visible at the edges of the photo accentuates the false reality of the girls’ lives versus that which the public saw.

In addition to appeasing the public’s curiosity toward the girls, the Ontario Government and Board of Guardians had a hidden reason to play up these elaborate photo shoots. The public believed that the girls lived in the nursery because it was the best place to keep them safe, happy, and healthy. To perpetuate this belief, the sisters had to be shown as living a “fairy tale” life as “princesses” with the best of everything. This became especially important as the girls grew older and pressure began to mount from the Dionne family to have their daughters returned to them. But reuniting the girls with their family would result in the loss of a $500 million dollar asset ($9 billion in today’s dollars) – a sacrifice the government was not willing to make.

Prioritizing greed over the girls’ well-being, the Ontario government used the public interest in the children as a weapon to keep the family separated until 1942.

The fishbowl life of the Dionne Quintuplets gave them the opportunity to be treated as royalty, but at the expense of missing out on many typical life experiences. Although they did have the opportunity to celebrate events like their birthday with their family on the actual day, the significance of these celebrations was diminished by having already acted them out for cameras once before. As they themselves recalled, “for publicity’s sake we were called on to say and do so many things that held no meaning for us.”

The chance for the girls to enjoy these different celebrations and occasions in an authentic manner as children were taken away by corporations who were only interested in cashing the cheques they knew these images of Annette, Cécile, Yvonne, Marie and Émilie would bring.

Natasha Wiatr has been the curator of the Callander Bay Heritage Museum & Alex Dufresne Art Gallery since 2016. She received her Bachelor of Arts degree with a major in History at Lakehead University and graduated with Honours in the Museum and Gallery Studies Program at Georgian College.