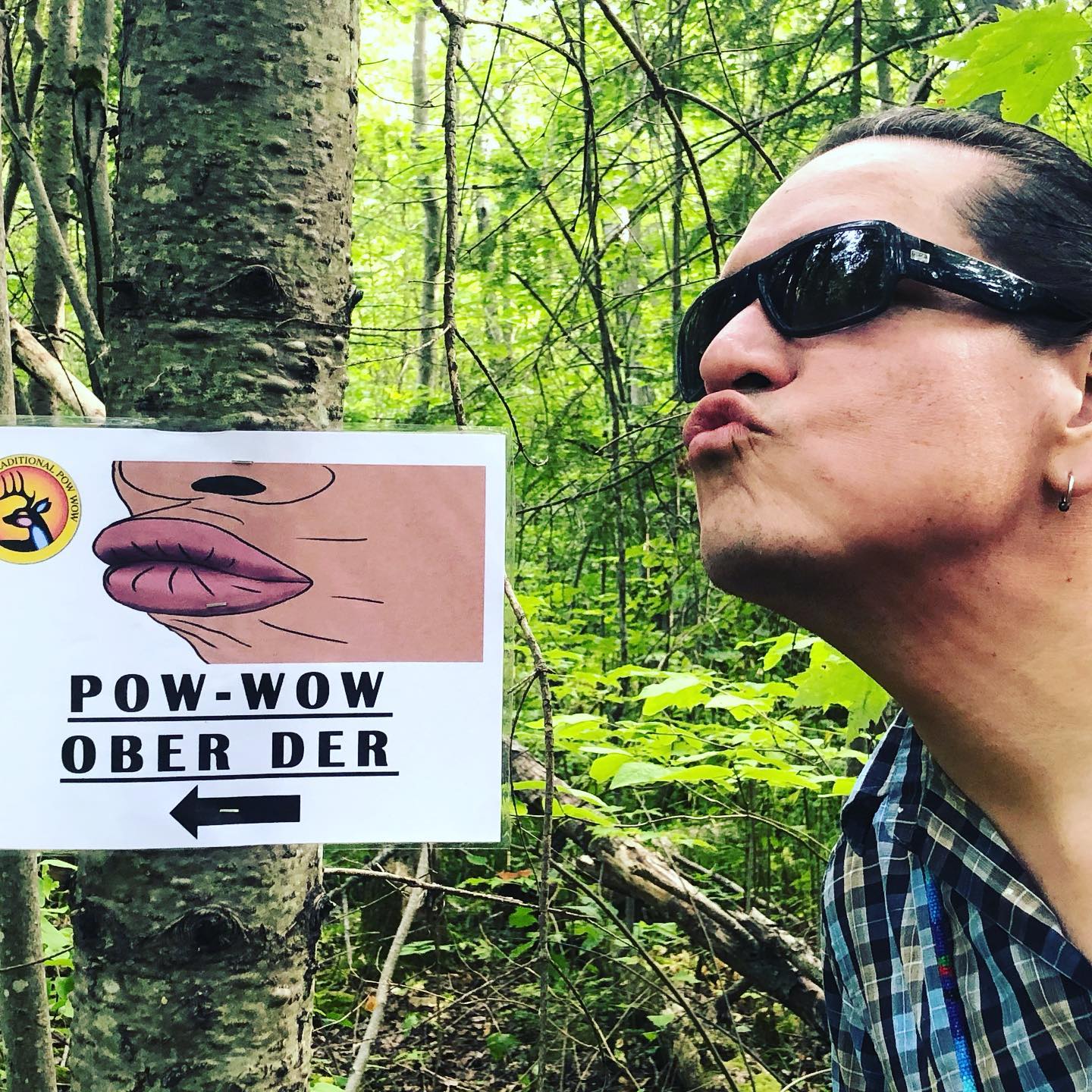 An Ode to Mentors

My cousin Ritchie and I had a nice long visit via telephone the other day.  During the pandemic, he made the decision to go back to school and he seems to be enjoying his experience.  We spoke of our time sharing an apartment in Etobicoke.  The adventures of two young Anishinaabeg living in the big city for the first time.  While it was a blast reconnecting and reminiscing, that wasn’t the purpose of our call.

Richie had an assignment for his creative writing course.  He was asked to write a focus piece on a writer.  While some of his classmates chose professional journalists, celebrity authors or influential bloggers, for whatever reason, he chose to write about me.  Imagine that!  He wanted to reflect back on my career and my past as a writer, and my little writing platform, the Anishinaabe Blog.  In all honesty, I haven’t been giving much real time to writing in a long, long time.

We spoke about my blog, my focus on Indigenous issues, Anishinaabe culture and sharing my Midewiwin way of life.  My passion for educating our own people, as well as non-Indigenous people about being Anishinaabeg has been a lifelong commitment.  I spoke about my favorite posts, which include my experience in preparing my traditional feast food when I first became a part of my traditional society.  Word to the wise: don’t prepare a slow-cooker venison stew unless you’re certain you will have hydro for the slow-cooker.

My journey as a writer, inevitably led to a detailed conversation about my first experiences as a professional writer.  It sounds far more glamourous that it was.  I was just out of college and in my first real job.  My writing skills were certainly ambitious but far, far from polished.

I needed a mentor.

My first editor, and writing mentor, was a young man named Dave Dale.  At that time, Dave was still very early in his own journalism career.  He only had a few journalism jobs under his belt including one at a local, now defunct, community newspaper.

Dave was incredibly down to earth and gut-busting witty.  He was scruffy, sometimes disheveled, and most often sported a ball cap, t-shirt and jeans.

He was also the stereotypical intrepid reporter, ready to keep his interview subject on their toes.  But he was a lot more Johnny Fever than Les Nessman.  He loved the sports beat and community beat.  He always read and kept tabs on the work of his many close friends working at other local news outlets.  He was always toting around his camera bag, back when the bag contained real film.  To this day, he is a talented and prolific news writer, opinion columnist and a true artist behind the lens. 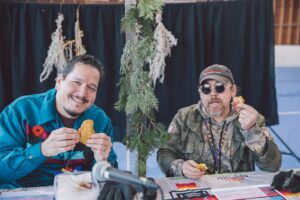 Bob Goulais, left, and Perry McLeod-Shabogesic are two of the Nipissing First Nation members who worked closely with Dave Dale while he was managing editor of the Anishinabek News 1993 to 2000.

In the early 90s, Dave Dale was the editor of the Anishinabek News.  He would quip that he was the token ‘white guy’ working at the Union of Ontario Indians.  We became fast friends and occasional golf buddies.  He also taught me one of the more important rules of golf – to find the shade.

I had the pleasure of serving as his Marketing and Promotions Coordinator, my first real job.  Then I became his Assistant Editor, punching out issue after issue of the monthly tabloid and associated special editions.  Given our meek budget, it was a luxury to print the cover in four-color process.  The color separations (the “seps”) were really neat!

After some getting used to, I began to cherish our late night production deadline, which almost always included Grecos Pizza and eventually culminated in an early morning trip to get the edition on the bus to Elliot Lake for printing.

Dave was a graduate of the Canadore College Print Journalism program.  So, during my time with him, I received free co-op education where he taught me about news writing, opinion writing, headline writing and news production.  He also taught me how to compose and take photographs.  When he upgraded his equipment, I bought his old Canon Rebel, one of the first ones in the early 1990s, and still have it to this day.  He taught me everything I know about editing, proofreading and news style.  I use all these skills each and every day.

Dave was one of my most influential teachers in my life.  His impact to my career cannot be understated.

As I said to Richie, the key to his effectiveness was that he gave me true confidence.  He didn’t see me as some inexperienced, wannabe journalist.  He expected me to write and want to get better.  He was also my first boss, gave me assignments and taught me about meeting deadlines.  These too, are valuable and marketable career skills.

Above all, he was encouraging.  He spent the time to thoughtfully explain his edits for the benefit of my learning.  Dave is an incredible teacher.

When Dave gave his notice to take his job with The Nugget in August 2000, I seriously couldn’t see any one person taking on what he was able to do.  Certainly, I couldn’t do it.

Another great mentor of mine, Maurice Switzer, was brought on board to publish the Anishinabek News.  Even with Maurice’s incredible experience as an editor and publisher of some dailies, it took three of us, and a bevy of freelancers, to do what Dave was able to do through his prolific efforts and love of the craft.

This column is an ode to mentors.  I learned so much about communications and public education from Maurice.  But, as they say, you’ll always remember your first.  Dave provided me with a lifelong gift of passion, enjoyment and purpose to writing.

Today, I am a humble consultant providing my clients with advice and services in any number of disciplines.  From communications, community engagement, policy development and management consulting – I’m your guy!  But every day, whenever I boot up my computer, among my strongest of skills, and added value to my clients, is my writing abilities.  That is due, in no small part, to the publisher of Small Town Times.

EDITOR’S NOTE: Thanks for the kind words, Bob. You taught me lots too, including how to have fun while getting the job done, hence the photo I picked for the top of the column. All the best.