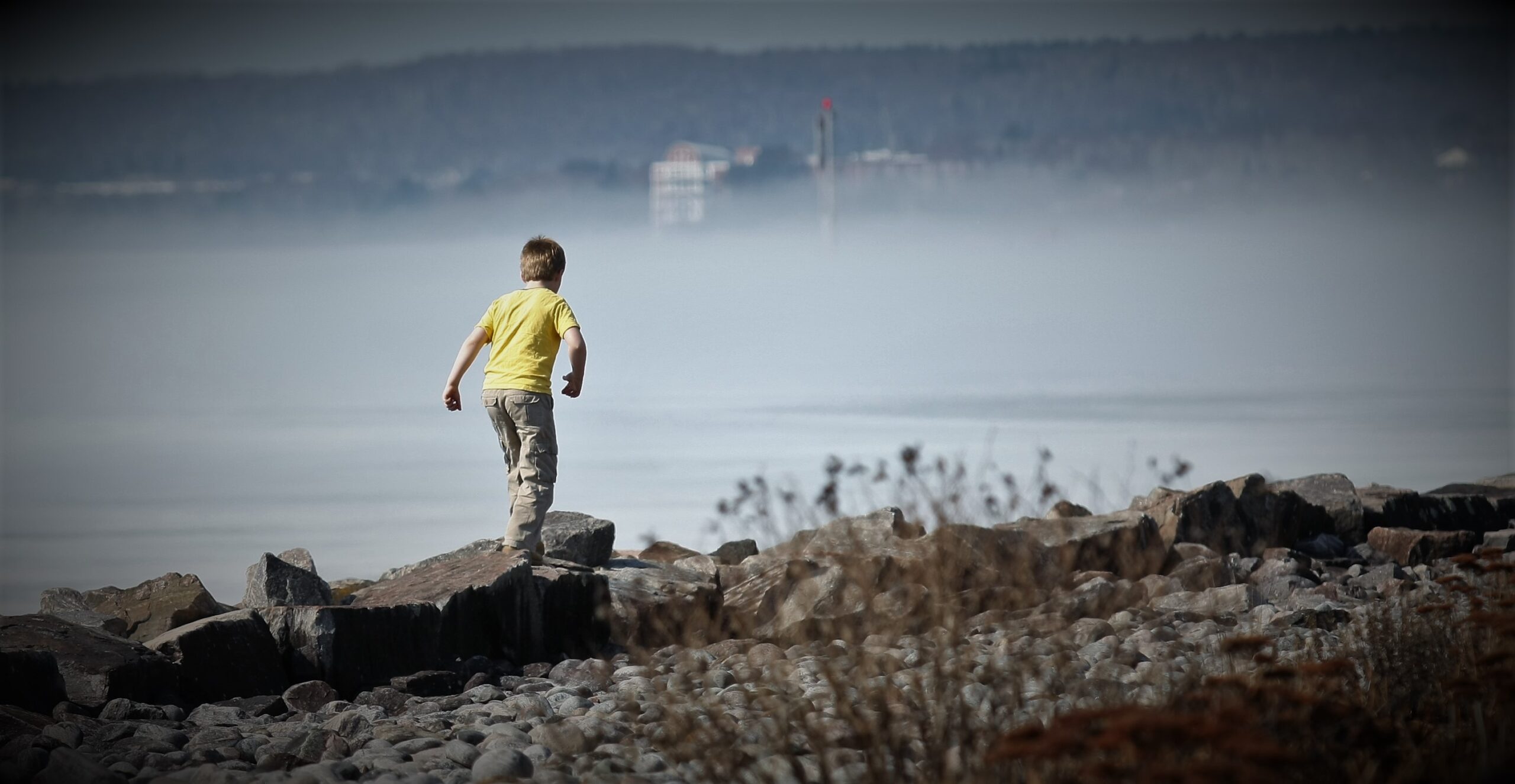 North Bay gearing up for Bloom contest in 2022

A perfect storm of community spirit is combining forces to spruce up North Bay’s natural assets – just in time for another run at the national Communities in Bloom awards in 2022.

It’s been 20 years since the city felt the warmth of Canada-wide limelight. And there’s been a lot going on since the last sustained showcase campaign.

With dozens of waterbodies and vast greenspace inside city limits – sandwiched between a pair of watershed headwaters – the Gateway City is a mecca for those seeking outdoor refuge.

Hariett Madigan says the successful Clean, Green and Beautiful campaign is growing out of a proud stewardship culture and the energy is spreading. They now have 6,000 biodegradable litter bags circulating amongst hundreds of volunteers cleaning up more than 300 adopted streets and locations. 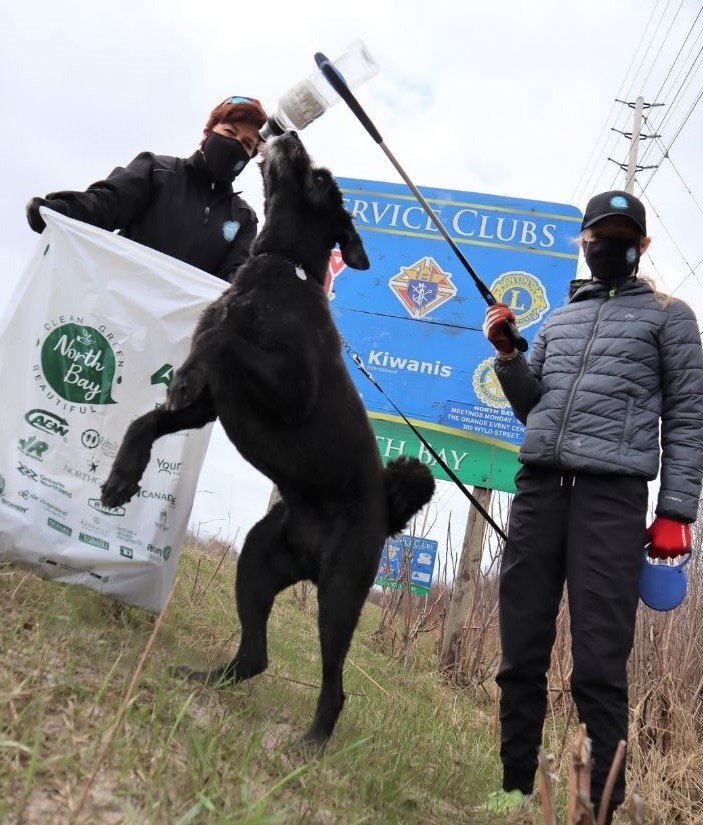 A community orchard was planted last year in Thompson Park, with apple and plum trees of northern habitat strain near Chippewa Creek. And Canadore College has plans for up to three orchards of pear and apple at its campuses.

“Our mandate is to bring the beauty of the waterfront and the stewardship culture of the Heritage Gardeners right through the whole city,” she said after a busy Earth Day kicked off a three-day blitz to gather up what was carelessly discarded over the winter.

Fiona, her granddaughter, was using the pincher stick to fill the outstretched bag, her dog Duncan pulling on the leash. Both were masked, as was the reporter, as provincial COVID-19 ‘stay at home’ restrictions continued for a third pandemic wave.

No groups were out, only members of the same household were permitted to pick litter together.

Madigan said the program has grown in leaps and bounds over just three years since modeling after Thunder Bay’s organization, part of a larger movement coast to coast. She said groups in surrounding communities are heading in the same direction.

“North Bay can be a garden-like city, so that when you round the corner, you’re going to see something that’s remarkable, whether it’s a clean yard or clean street or maybe it might be a planting of some kind, a remarkable tree or a heritage hall.”

The idea is to “feature all of those things that make our community beautiful,” she said, “and we can make it even more beautiful, we feel, through our initiative.”

There are more than 26 CGB sponsors, including in-kind contributors, with the city giving the effort a small line item in the 2021 budget of $10,000 and $2,000 for biodegradable bags.

Madigan said taking care of the environment is so important but it needs to become a way of life where everybody takes pride in doing their part. 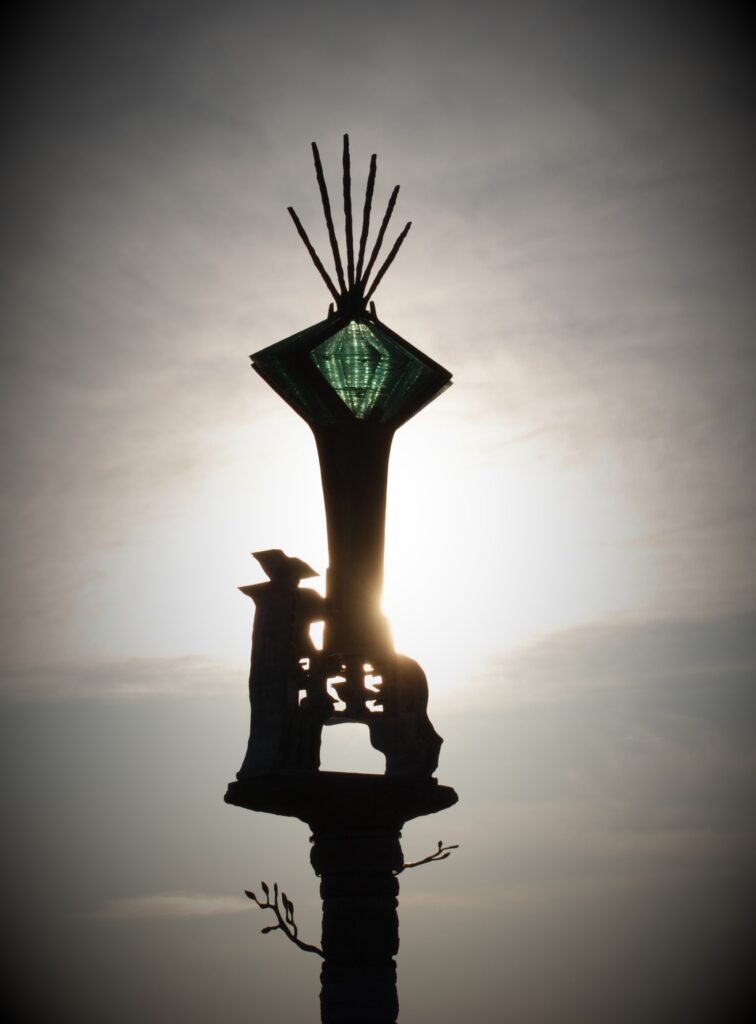 Whether it’s picking up a piece of litter every day or generating less garbage in the first place, she said the more people getting involved the more it changes attitudes everywhere.

The Communities in Bloom recognition merely offers a goal which pays dividends by earning positive attention, which makes living in North Bay more valued while giving travelers another reason to visit.

“If you get declared the most beautiful city your size in Ontario, that really contributes to tourism,” Madigan said. “So that’s the hope that we will win this thing.”

They would have entered this year, she said, but the pandemic slowed the plan down a bit – although it also gives them a chance to get a few ducks in a row.

“We’re preparing by doing an internal audit with the city,” she said, noting the Communities in Bloom criteria guides their homework. “You’re judged in three areas, city, residential and business, and then you’re judged on sustainable practices, urban forestry, landscape and floral design, heritage homes and overall tidiness.

The Clean, Green and Beautiful litter drives is one of the first steps “and we’re working our way through with urban forestry and all the other categories this year.”

It’s a challenge with the uncertainty of pandemic proportions but the effort is good for both mental and physical health, providing an essential arena for community unity. 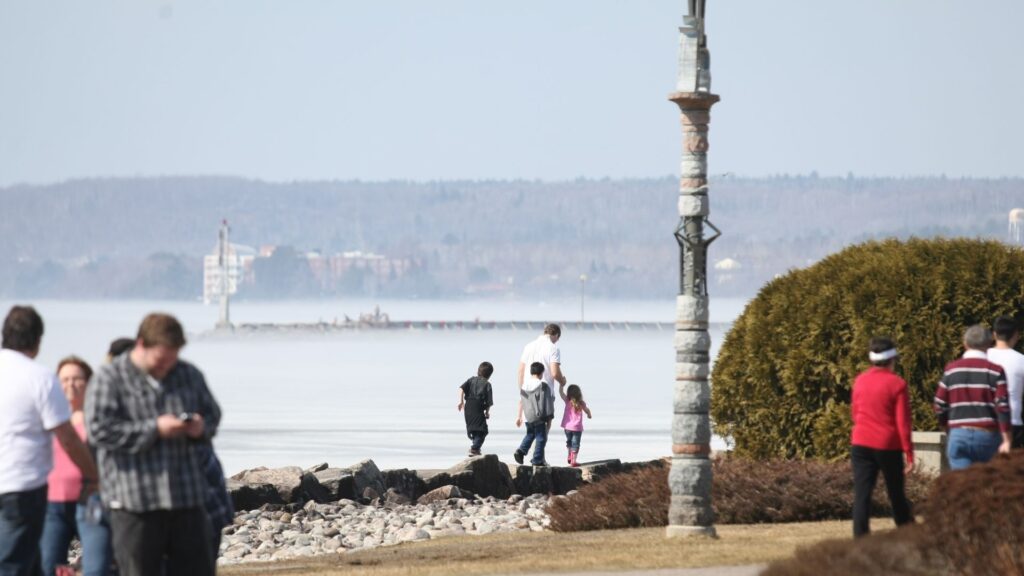