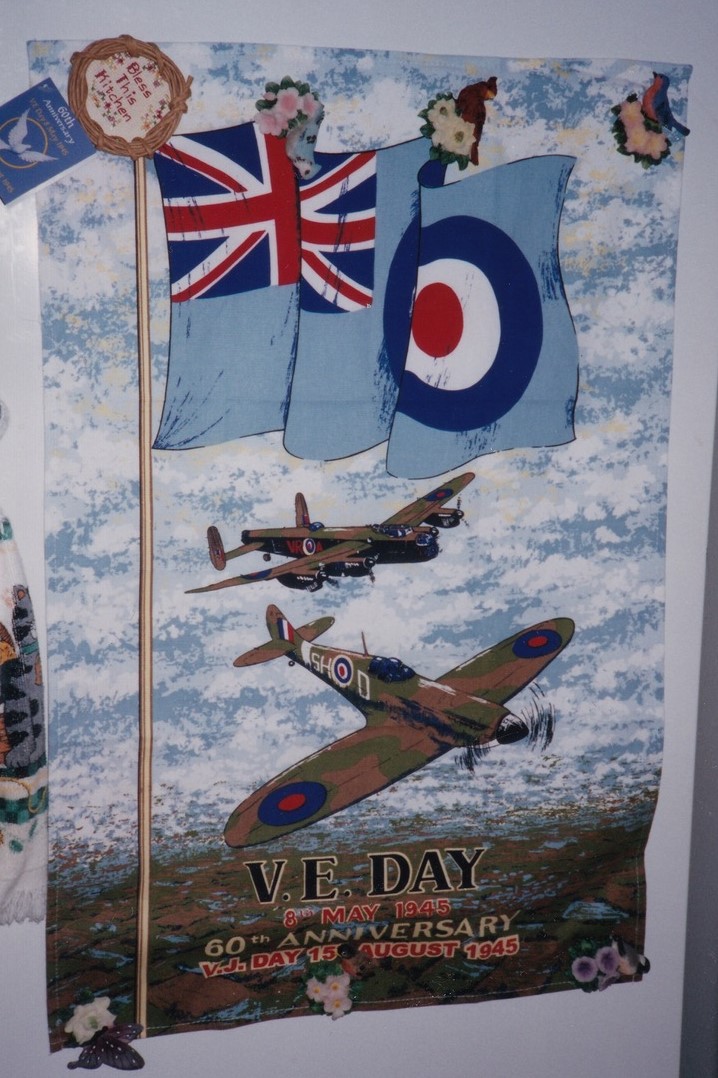 Many of our older generation have begun drawing parallels between the Covid-19 pandemic and the Second World War, including having to queue or line up for food last year.

In England, during the war, we found safety in the underground train stations or the bomb shelter at the end of our backyard garden. For more than a month before and after Easter the past two years, we found shelter in our homes.

Last year, a special edition of the Antiques Road Show on BBC Canada was devoted to Second World War memorabilia with the 75th anniversary of Victory in Europe Day celebrated May 8, 2020. I have memories of the 1945 celebration in England as I was living at my grandparent’s home in Welling, Kent. There’s a vision of a stage in the middle of the street with many lights and lots of music with reams of red, white and blue bunting. And I think Mum then hustled me up the wooden hill and to bed.

And there were more pandemic parallels with hundreds of scarves manufactured during the war with the words “Is Your Journey Necessary” and “Stay Home,” similar to what we’ve been told during this pandemic to avoid spreading this nasty virus, along with “Wash Your Hands” and “Wear a Mask.”

Time spent sheltering has personally given me an opportunity to re-discover our vinyl records, C.D’s and even cassettes, which have not been played for a long time and of books waiting patiently to be read. We did begin reading a series of books a couple of years ago and our forced isolation retreat has enabled me to just about finish the last volume of Winston Churchill’s six volumes on WW II. Peter has also been unearthing vinyl  records of the spoken words of Churchill, Roosevelt and other notables.  We also have a stack of Mum and Dad’s British music of Vera Lynn as well as the American Andrew Sisters along with rousing military records including The R.A.F. March Past which still sends shivers up and down my spine.

As you may remember from earlier columns, I grew up during the war in England and have always had great respect for Sir Winston Spencer Churchill and the military, as all my male family members were involved in the war one way or the other.

He was a prodigious writer composing 72 volumes over his lifetime (1874-1965).  Most of Churchills’s six volumes on WW11 have been gathered by me personally, over the years from book sales at the North Bay’s Library book sales. By mind-boggling coincidence, when I started reading the first volume I discovered it had been bought by Peter for his Dad back in 1955.  And to make it even more interesting, I discovered most of the rest  of the books were once owned by a friend whose name is on the fly leaves. They are all now treasured beyond belief in our library at home and am now nearly finished the last volume Victory and Tragedy.

His writing is magnificent, as were his orations as everyone knows from the radio clips that were circulated throughout the war years to bring his Houses of Parliament, and those of the Dominions, up to date and to rally the troops at home and abroad.

Reading these books has not only given me a better understanding of the machinations and horrendous losses of the Second World War but also a fantastic insight of what Churchill, Roosevelt and Stalin were really like in their philosophies of war and peace and of their public and personal lives.

Reading of Churchill’s books is my tribute to all those men and women who sacrificed their lives to bring about V.E. Day.  They are all held in even greater esteem now.