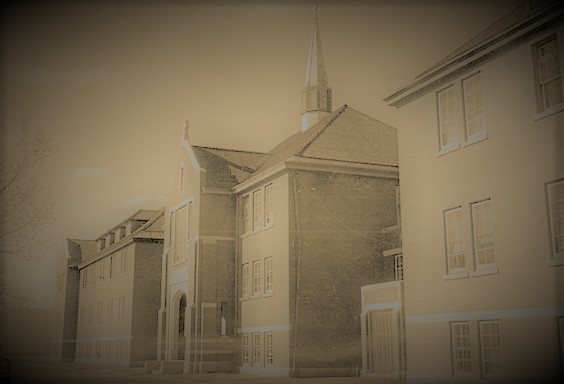 Do you care about the truth?

The Catholic Church needs to come clean with all its records pertaining to residential schools for Indigenous students in Canada. Same for the other religions involved in this shameful legacy.

There’s no reconciliation without truth and knowing where they buried all the children is a priority. Understanding how they died and why their bodies were treated with such disrespect is also vital.

Pope Francis needs to understand this and it will likely take a grass-roots effort by Catholic people to convince him it’s the right thing to do.

Apologies don’t matter until everyone is clear about the magnitude of transgressions.

The main administrative building at the Kamloops Indian Residential School is seen in Kamloops, British Columbia, Canada circa 1970. PHOTO BY LIBRARY AND ARCHIVES CANADA

Evidence of 215 undocumented burials at the former Kamloops Indian Residential School highlights how dishonest Canada and its religious agencies of genocide have been.

It needs to be known the Truth and Reconciliation Commission asked the federal government more than a decade ago to fund a search for such unmarked graves but it declined.

The ‘truth’ is the residential school system, involving various religious organizations, was a political and cultural weapon with the goal of eliminating the ‘Indian’ problem. Even when it’s cloaked with assimilation intent for the long-term ‘good’ of Indigenous people the methods used were barbaric and criminal.

“The Kamloops Industrial School was opened, under Roman Catholic administration, in 1890. It became the largest school in the Indian Affairs residential school system. Enrolment peaked in the early 1950s at 500. In 1910, the principal said that the government did not provide enough money to properly feed the students. In 1924 a portion of the school was destroyed by fire. In 1969, the federal government took over the administration of the school, which no longer provided any classes and operated it as residence for students attending local day schools until 1978, when the residence was closed.”

There is documentation of 3,100 students who died at the schools and another 1,000 who died within a year of returning to their home communities. Estimates of several thousand more undocumented deaths are bolstered by this recent discovery. Read ‘Harper government obstructed search for children …’ by APTN in 2015.

Did the government not provide enough food or money for the churches to feed the children? Did the people running the schools deliberately kill students who rebelled? Was medical care withheld? Read ‘Why so many children died at Indian Residential Schools’ by the National Post 2021

It’s difficult to imagine how damaging the losses were to Indigenous communities when it was happening but we know the impacts were generational and continue today.

It preceded and set the stage for the Sixties Scoop where the resulting dysfunction caused by residential schools was the excuse to remove another generation of Indigenous children from their communities. Our so-called justice system took care of those who were marginalized and our education system gave our collective history the ‘white-wash’ treatment.

This explains how thousands of Indigenous women were either murdered or gone missing without authorities spending much effort to investigate for decades.

It always shocks me how little Canadians, generally, know about how our country was stitched together covertly and inhumanely. But it shouldn’t. We have been brainwashed by both church and state to think otherwise. And it’s very convenient to our self identity to ignore the facts or rationalize the actions.

Always shocks me … but it shouldn’t

My education about Canada’s genocidal shame only started when 28 years old after taking a job with the Anishinabek Nation’s Union of Ontario Indians. Before that, I had little idea how much damage my ancestors began and people like me perpetuated through ignorance.

Eventually, I learned to care about my actions and the words I chose and how I used them. I learned to “feel” what was being said and done instead of merely thinking about it. And then, about 23 years ago, I had a son with Indigenous roots.

The church and state have a long history of collusion to pave over the poor, wretched and unwashed white people too. Indigenous children were treated as well as we treated our own orphans, some say, as if that justifies such horrors and erases the political gains of genocide.

There is in no ‘honour of the Crown’ without embracing responsibility for both the truth and the impacts of that truth.

The questions for every Canadian are:

Do you care enough to learn more now that you know a little?

Do you care enough to stand up and force your government to do something about it?

Or will you do nothing?