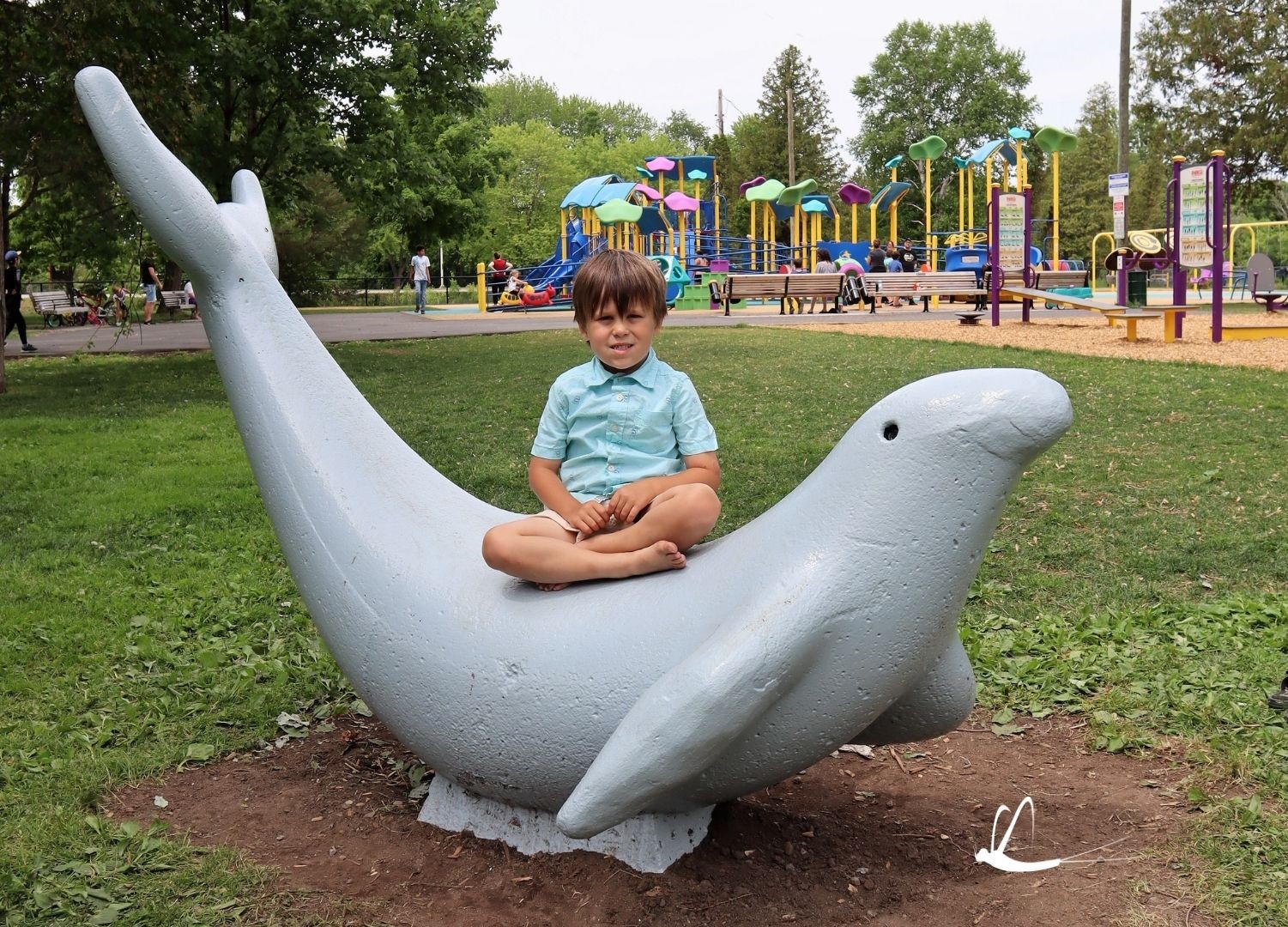 Name the porpoise at the Kiwanis Playground

One of those #52coffee networking meetings turned into a two-hour conversation that covered local and global topics in the shade of Lee Park trees at the Kiwanis Playground the other day.

Ralph Celentano and I just couldn’t stop sharing community involvement tales and personal life lessons as a parade of families enjoyed the new equipment designed for young and old. If it wasn’t for the repellant Habs shirt he was wearing, I would have stayed longer.

It was coincidental that the parks and recreation staff had just mounted one of the original pieces of the former FantasyLand and Wishing Well from decades ago. 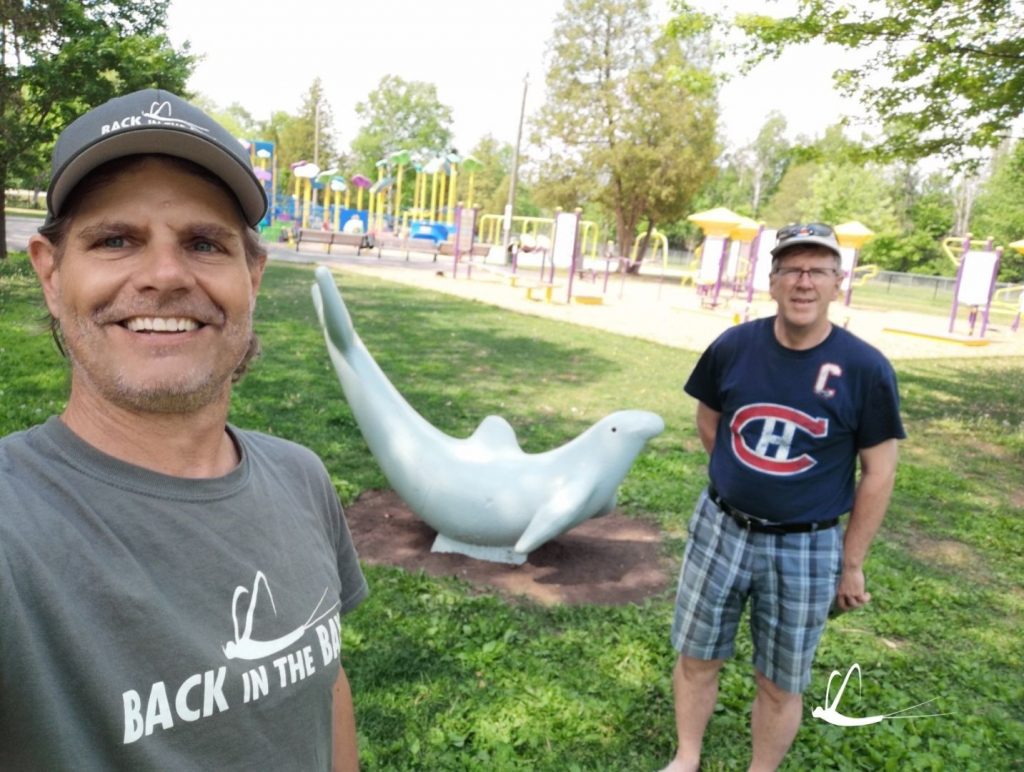 Often mistaken for a whale, the blue-grey porpoise was sitting pretty perched on a brand new cement pad. We thought it would be a good time to ask the public for name suggestions, a contest of some kind. Municipal thoughts are for a gender-neutral moniker and ‘Patty the Porpoise’ sets the bar high unless a better one comes along.

Back in the Bay Magazine will donate a hat, T-shirt and $30 subscription to the best option submitted through this post. Not sure if anyone else can chip in a prize.

Ralph has been involved with countless projects but he said working with other volunteers and partners to rejuvenate the playground was very rewarding.

Kiwanis has been dedicated to the venue for half a century. 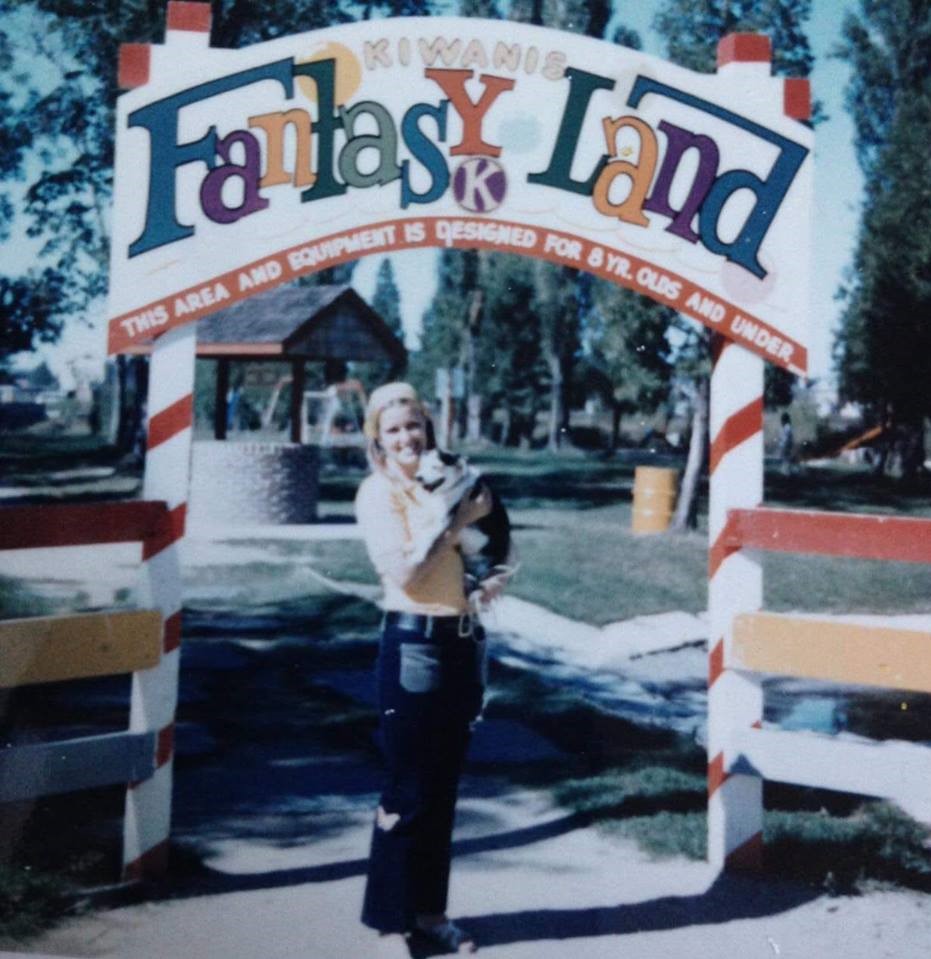 “Sam Jacks, Parks director, had an idea to develop a water park on Memorial Drive and the porpoise was the water spout that cooled the children in the summer heat on a concrete pad,” he said. “Sam approached Kiwanis to assist with this purchase and there began a long legacy of sponsorship with this park.”

On top of acquiring donations to add equipment, they helped get the accessible washrooms installed in the 1990s as Lee Park became a prime spot for community events and carnivals.

Dedicated park benches, with a few still looking for $1,500 donations, provided a good portion of the proceeds. 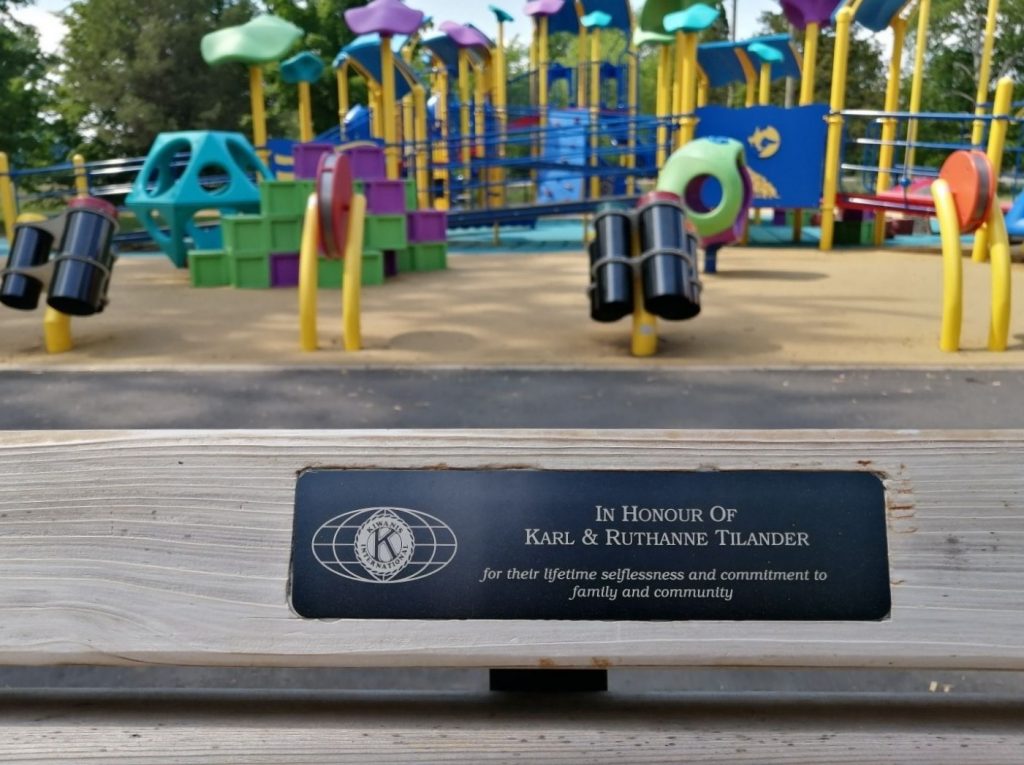 “The club contact who managed the bench dedication for the first 15-plus years was Kiwanis member John Richardson and for the past decade and more it was past president Mike Clair,” he said.  “Funds accumulated from bench sales was kept with the club until there was a need to replace the playground equipment.”

There were multiple phases, the second one in 2007 saw climbing apparatus, swings and the junior firetruck at a cost of $150,000.

October 2020 saw the third phase of an inclusive and accessible play space working with Celentano chairing the playground committee bolstered by the work of Jim Cluff and Simon Lennie.
“The porpoise has been involved in the park the entire time, nearly 50 years, and we are pleased to see its return this week,” he said. “This beloved member of the park symbolizes family fun which allows parents and grandparents to reminisce of their youth and adds to the enjoyable memories of todays locals and tourist visitors.”

And we’re so thankful Jennifer Hamilton-McCharles saved so many trees from those pesky clear-cutting city parks staff. (You’ll need a towel to wipe off the dripping sarcasm.)

Send your name suggestions and old photos of Fantasy Land (named changed due to a Disney conflict) to editor@backinthebay.ca for consideration. 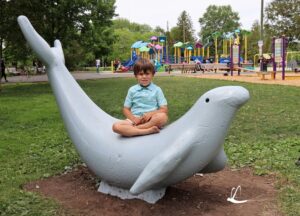