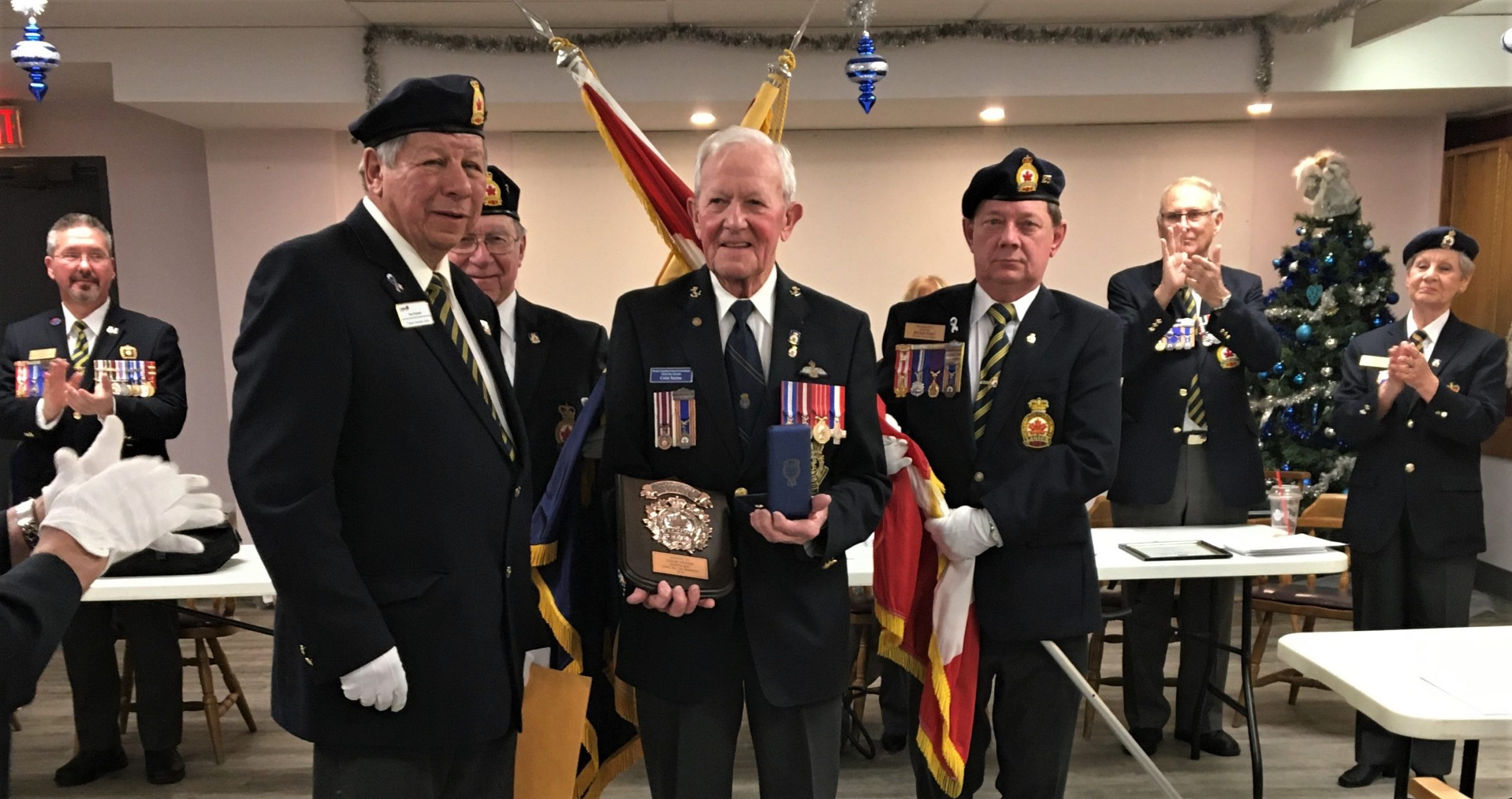 Please Note: This story was initially published Jan. 22, 2020 by A Bit of the Bay Productions.

There was confirmation of being able to move into a new place and keep their provincial charter, making the annual awards dinner meeting a joyous occasion after months and years of stress.

“It was such a relief to see something happy happen to us,” said Colin Vezina, a lifetime Br. 23 member and 20-year navy veteran retired as Lieut. Col.

“The whole place was packed with more than 80 people, which is good for us … we had been down in the dumps,” Vezina said about the Legion been run under a Board of Commission due to financial straits.

“And we need the honours and awards evening, especially at this time as it was a real pick-me-up with people smiling and laughing again,” he said.

More than a dozen members received recognition for their service and commitment to the Legion and community. Legionnaire of the year was Kathy Whitmore, for her hard work and commitment toward almost every event as well as the Navy League and Sea Cadets. Tammy Gagnon received a certificate of merit and life memberships were presented to James Dowsett and Bernie Saari. Certificates of appreciation went to Sandra Harkness, Helen Leonard, Marilyn Menard, Rita Dauphinais, Paul Gelinas, James Fitzgerald, Blake Smith, Sylvia Kennedy and Tina Stewart.

Vezina himself was presented the Legion Meritorious Service Medal, the highest honour only bestowed to 11 others since 1926. The last one went to his good friend Bill Eisen, who passed away on Remembrance Day, and it was his medal given to Vezina. 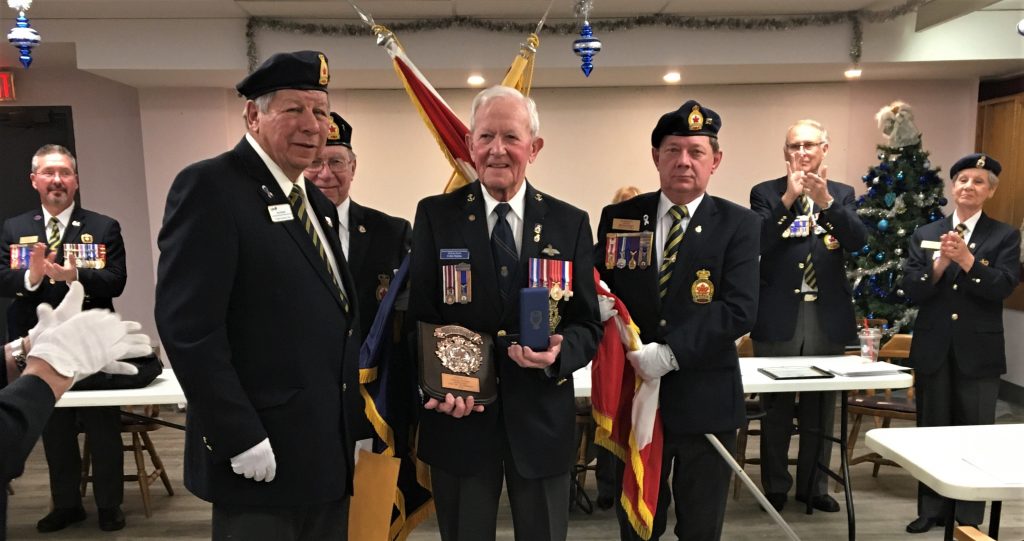