Did I have my last handshake?

Please note: This column was written March 11, 2020 and initially published through A Bit of the Bay Productions.

North Bay officials are getting a COVID-19 wake up call after a man in Sudbury tested positive following his attendance at a major international mining conference in Toronto – an event many local people were exposed to directly and indirectly since.

Several city politicians, economic development staff and business representatives attended the Prospectors and Developers Association of Canada (PDAC) conference in the first week of March. People from more than a hundred different countries took part. This was all before Italy took the unprecedented step of closing its borders to quarantine its entire population.

North Bay Mayor Al McDonald was among the local contingent attending the conference, along with 23,000 others, and they all likely participated in public gatherings since their return. It’s not clear if all attendees are being contacted for follow up and testing or if it’s for notification purposes only. Mayor McDonald confirmed he has been symptom free for nine days since the conference while noting he had no direct contact with anybody from Sudbury. That’s good news so far but not exactly a guarantee. The incubation period is 14 days, a time when transmission is possible despite the lack of symptoms, and it’s the people the Sudbury representative contacted and picked up the virus that counts.

Several of North Bay’s leadership and business representatives at the mining conference in Toronto came back and then attended the Davedi Club Saturday, March 7, for the 11th annual Order of Merit presentations. Nipissing MPP Vic Fedeli, minister of economic development and business, was among the speakers introducing award recipients. Several hundred people greeted each other, shared an enclosed space and enjoyed a meal served to their tables. Some people avoided physical contact, others didn’t. I shook hands with people and washed several times more than usual, although I knew deep down I should have followed a stricter protocol knowing what I did.

Also at the event was the local medical officer of health as well as the public health chair, both of whom referenced COVID-19 while at the podium, although they didn’t make official or dire warnings about the situation.

Mayor McDonald voluntarily started staying at home to work on Wednesday, March 11 as a precaution.

I don’t mean to spread unwarranted fear among city residents who have come in contact with anyone who may have (or may not have) come in contact with people attending events where the virus was being spread. I do, however, feel a need to alert people to the possibilities. If nothing else, I feel compelled to raise a flag about the circumstances that can lead to expanding the pandemic.

Small communities like North Bay should see it as a clear example of how we’re not insulated from global issues. We should also embrace the fact we should push harder on prevention techniques, including alternatives to shaking hands and delaying the viral advance whatever way possible, even if it means discouraging large gatherings for a while.

When we do gather, we really have to adopt a no-touch habit when greeting each other. I suggest using the old Small Town nod and we can even skip the fist pump. Maybe smile a bit.

It might save your grandma’s life, maybe your own as well.

The idea is to slow down the spread so the peak doesn’t overwhelm our health care system.

It’s good to see city staff are being advised of protocols as well as specific cleaning priorities in public places. More action to come no doubt.

So, yes, even in Northern Ontario where we’re tough and stubborn, wash your hands more, avoid close contact with others and count your blessings.

North Bay residents should adopt a no-handshake policy immediately while working together to slow the transmission of viruses of all types. 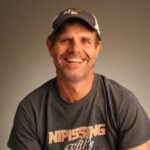