Fred Tayler was getting a little frustrated coming out of a winter of pandemic shutdown but he was happy when the vaccines started rolling out quicker than some were thinking.

He’s used to a busier social life despite turning 87 years old in June. Between the Rorab Shrine Club (he’s one of the veteran clowns), Masonic Club 183, North Bay bridge club and ACT (he was national president for a time), the schedule is usually full. 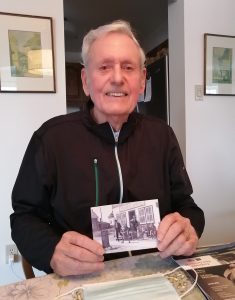 “A lot of people had it a helluva lot worse,” Tayler said, acknowledging he’s lucky compared to many. He knows people who had a real tough time due to COVID-19 hitting close to home.

But as things start to open up, there’s light at the end of the tunnel. The Shriners, for example, are looking forward to hosting the Rameses Fall Ceremonial Oct. 21-24 if a fall wave of pandemic doesn’t get in the way.

Talyer, who grew up in West Ferris, retired from his marketing career with Ontario Northland in 1989.

One of his favourite work memories was promoting the ONR with a steam locomotive traveling all over Northern Ontario in 1967, part of Canada’s centennial celebration. It was during the “glory days” for the railroad, before steel producers started getting cheap, low grade iron pellets from offshore.

Tayler’s enthusiasm for community service was likely planted young as a boy with his grandfather being a central character in the ‘East End.’

In the photo at the top and below this paragraph, Edward ‘Pop’ Tayler stands in the doorway of his store where he sold pop, ice cream and other confectioneries at Fifth Avenue and Fisher Street. The eldest boy in the picture is his grandson Barry with little Fred on the run in his Sunday bests Easter 1939.

The young men sitting were members of the ‘Fisher Street Gang’ who would soon enlist with the Algonquin Regiment for the Second World War. Pop built the Tayler Block on the same property at Fisher and Princess Street, the home of Tayler’s Meats and Groceries, where the North Bay Food Bank is now.

There was about 250 people living in the area bounded by the CNR and ONR tracks, Laurier Avenue to the church at Fifth and Wyld. With Tayler’s Booth as a hub, they pulled together to create the park which boasted a ballfield and playground in the summer and outdoor rink for hockey, broomball and skating in the winter.

Fred remembers it as a “community in itself … it was my whole world,” and it set an example of how things can get done when people pull in the same direction.

Below is an audio clip from the interview where he mentions Chuck Schell, who recently passed away. He shares a story about how Chuck bought his first pair of skates at Deegan’s from the $1 a day he earned working for Fred’s Uncle Ken, who had Ken’s Grill and was famous for his meat pies, among other recipes.

More audio clips will be added after processing the full interview. If you’d like to support community journalism such as this, e-transfer a donation to davedale@backinthebay.ca 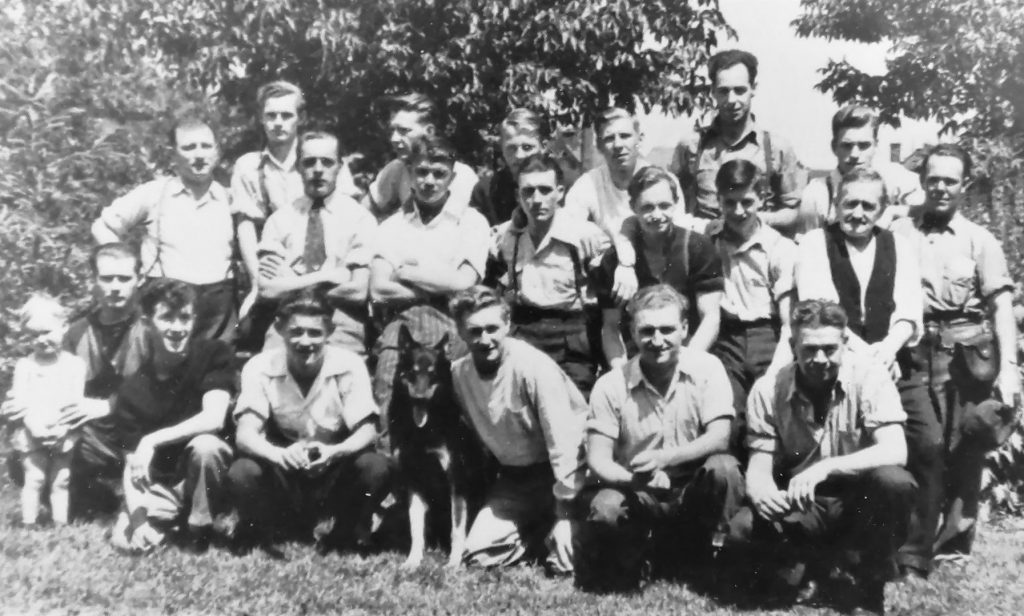 Several groups of Fisher Street Game family members joining the Algonquin Regiment at the outset of the Second World War.