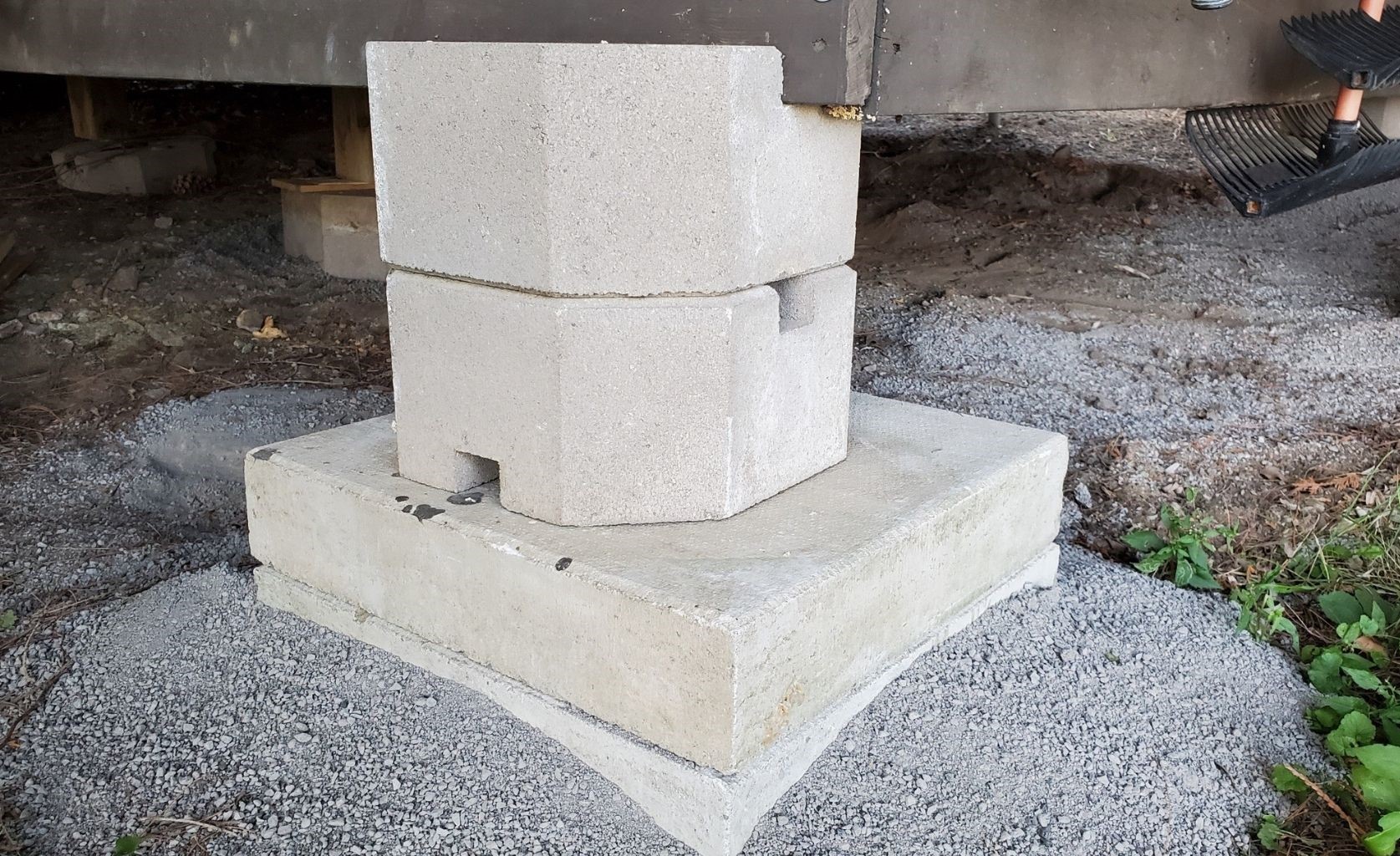 Voices that level with me

I was thinking today of a man I knew far too briefly. I met him in Galway Ireland two years ago, shared drinks and visited him at his home the next day. A few short weeks later he was gone, felled in his mid 50s by a sudden heart attack.

This was not a random meeting. Allan was a much-loved/long-time-no-see cousin of my wife. Scottish-born but happily adopted by his Irish friends and colleagues, he was great fun. I was happy to make his acquaintance. His rustic home of stone and thatch was hidden in a small valley near Ennis, as difficult to locate as it was charming to discover.

He was a man with plans. A long-distance relationship, hopefully to soon become much, much closer, brought a big smile to his face. A fulfilling career with a university involving oceanic research that I still don’t understand. He was hoping to rent his idyllic home to tourists and build a small cottage for himself to stay in while his own house was occupied. Large cement pad in place for a future workshop. He was, after all, a man capable of restoring his own thatched roof. (Someone said to us, “Tourists think Ireland is all little stone cottages and thatched roofs, like some fookin’ travel brochure,” so naturally that was the first home we visited, proving that some stereotypes are true, no matter what the locals claim.)

He loved his secluded piece of heaven, not a neighbour in sight and barely a bar of wireless, if you stood in the right spot, pinky finger extended and left arm cocked toward an unseen cell tower on a distant green hill, surrounded by sheep. That very day, he was awaiting a delivery of a large amplifier, possibly capable of carrying his electric guitar playing several miles away. Where it would likely be heard only by sheep, if the wind was blowing in the right direction.

And then he was gone. The news hit my wife very hard. His mother and younger brothers in Scotland were heartbroken. Shockingly, he had died exactly as his father had, at the wheel of his vehicle on the shoulder of the road, no help in sight.

Why was I finding these sad memories near at hand today of all days, on vacation at my own idyllic retreat?

Perhaps it was because I was lying on my back under my tool shed, repairing flooding erosion that threatened to slowly pull the shed into the mighty river, or at least making it land with a hearty thud after falling completely off its footings. 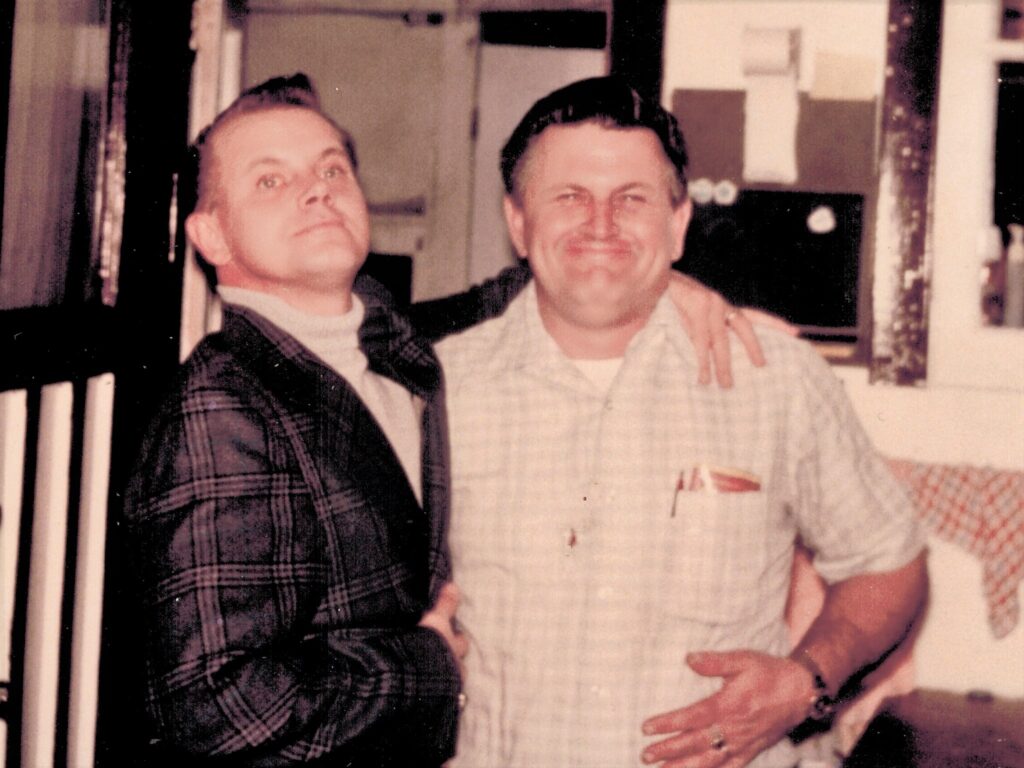 My own father, dead too young 35 years ago this week, had his first heart attack while levelling a shed at my brother’s house. Like me, he was working on his own. He drove himself 30 minutes home, then to the hospital, taking a terrified tenant as his passenger, as a two-person car wreck makes a better headline in the local newspaper.

That heart attack was the first in a series that killed him the following year. Despite no previous diagnosis, we all seemed to think it inevitable that he wouldn’t grow old. A work ethic that often resulted in sweat pouring from his face and the stress of five years of struggling to keep a failing business afloat just accelerated the pace.

Allan’s death, though someone who I barely knew, took me by surprise and lingered. It occurred the week of my birthday and the anniversary of my father’s death. I had lost my older brother Terry not long before we flew to Ireland. Then, to punctuate a difficult year, my Uncle Deirl, father of Dave, passed that September – one half of the fun and sexy Aunt Anna and Uncle “Petz” that were always delightful to see at rare family gatherings.

While I don’t believe in ghosts …

To be blunt, it was a pretty shitty year for my relatives, even the ones by marriage. Distant cousins must have been wondering, “What is causing all this pain and suffering? Have we angered the gods?”

These memories culminate for me this time of year. Tomorrow, it is my birthday. I have lived nine years longer than my father and need only five more to overtake my brother.  As I started typing this, a very good friend is in the hospital, waiting to succumb to a vicious mugging from cancer. It is my time of year to contemplate mortality – mine, the people in my life no longer, maybe yours, if you’re looking tired today. While I don’t believe in ghosts, (there’s a reason that there are TV shows about ghost hunters, but not ghost finders) I can still hear their voices in my memory.

I have no intentions of joining them yet, but I listen to them. While I won’t call my lifestyle healthy, I also listen to my doctors. I have a great benefit plan (it’s a great reason to join a union). Meds control my blood pressure, sugars and the thousand natural shocks that flesh is heir too. (See, high school does pay off.) Unlike my father, I’m not married to my mother – that fact alone reminds me I still have a good chance for several more rotations around the sun.

Good to have a ‘turkey tester’

And most of all, I listen to my turkey tester.

I first discovered my turkey tester the year after my father’s death. I was surprised to be feeling chest pains in a parking lot in Toronto. I was far too young for that. Given the family history, there were tests aplenty and I seemed healthy as a horse. Not the heavily medicated horse I am now, when I’m much more likely to mutter I’m too old for this shit several times a week.

It took some time and practice, but I got to know my turkey tester well. Like the plastic peg that pops out when the bird reaches the correct temperature, a small knot forms on my chest, letting me know that I am indeed “cooked.” It often appears on a late flight home, a mark of distance and time more clearly felt that an unseen provincial border being crossed in the darkness below.

I’ve learned that it’s not my enemy, not a sign of weakness. It is a warning. It’s telling me to slow down a little and recharge. Put your feet up, it tells me. You don’t need to impress everyone this week. Go look at the river for a couple of hours, listen to some Oscar Peterson and Itzak Perlman play Gershwin while you read that book you got for Father’s Day.

So, as I stared at another sagging floor joist just out of my reach, I contemplated my visit to Ireland, my father’s heart attack, and the knot forming just above my heart. Sometimes we all just need to know what to look and listen for. Find your own turkey tester. Ignore it at your peril.

My good friend passed away the morning of my birthday, which also happened to be his birthday. He was exactly 51. First person who tells me everything happens for a reason gets punched in the throat. It’s what the voices would want.