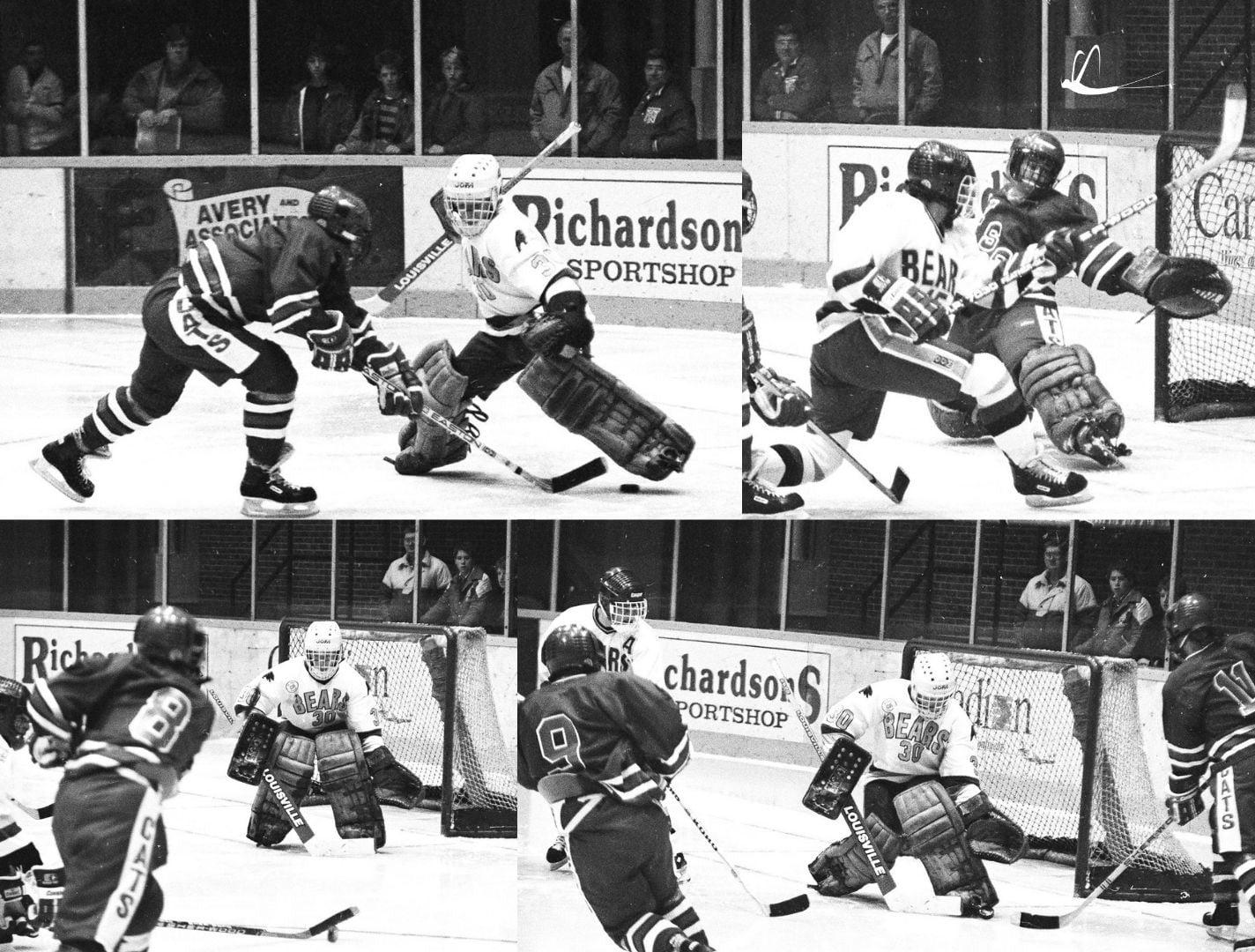 Found some of my shots of NDA hockey from few decades ago when I was still souping film in the Canadore College photo lab. I was using a single shot, thumb crank Minolta with the cheapest black and white film on the market. It came with a 110 lens that had scratches on the glass and dented hood.

I was at Memorial Gardens quite a bit as the print journalism student placement writing for the North Bay Centennials. Stories went in the OHL News tabloid given out at games.

Before a Cents practice, I shot the Scollard Bears and Widdifield Wildcats.

The negatives were found more than seven years ago and scanned to be put on a CD at Photo Metro. I was cleaning up in August and refound them in a stack of CDs I hardly use anymore.

Top right, scoring for Bears is Daryl Vaillancourt #15 and the Scollard goalie is Brent Truchon.

The photo was posted to the You know you’re from North Bay if you remember … Facebook Page and Brian Doc Duval identified Tony Poeta, who was standing by the glass above the R in the Richardson Sports board ad (top photos). Darren Stephenson thought it might be Ken Miller, standing at the glass above the Avery and Associates board ad, likely evaluating officials.

Recognize anybody else? Please email editor@backinthebay.ca 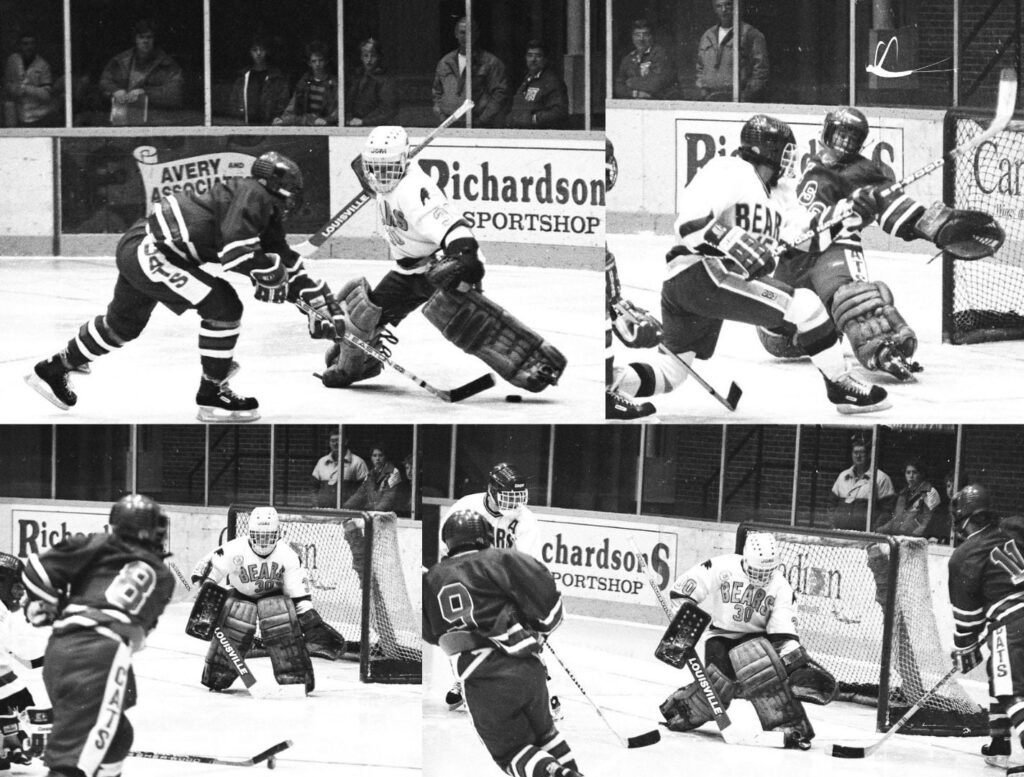