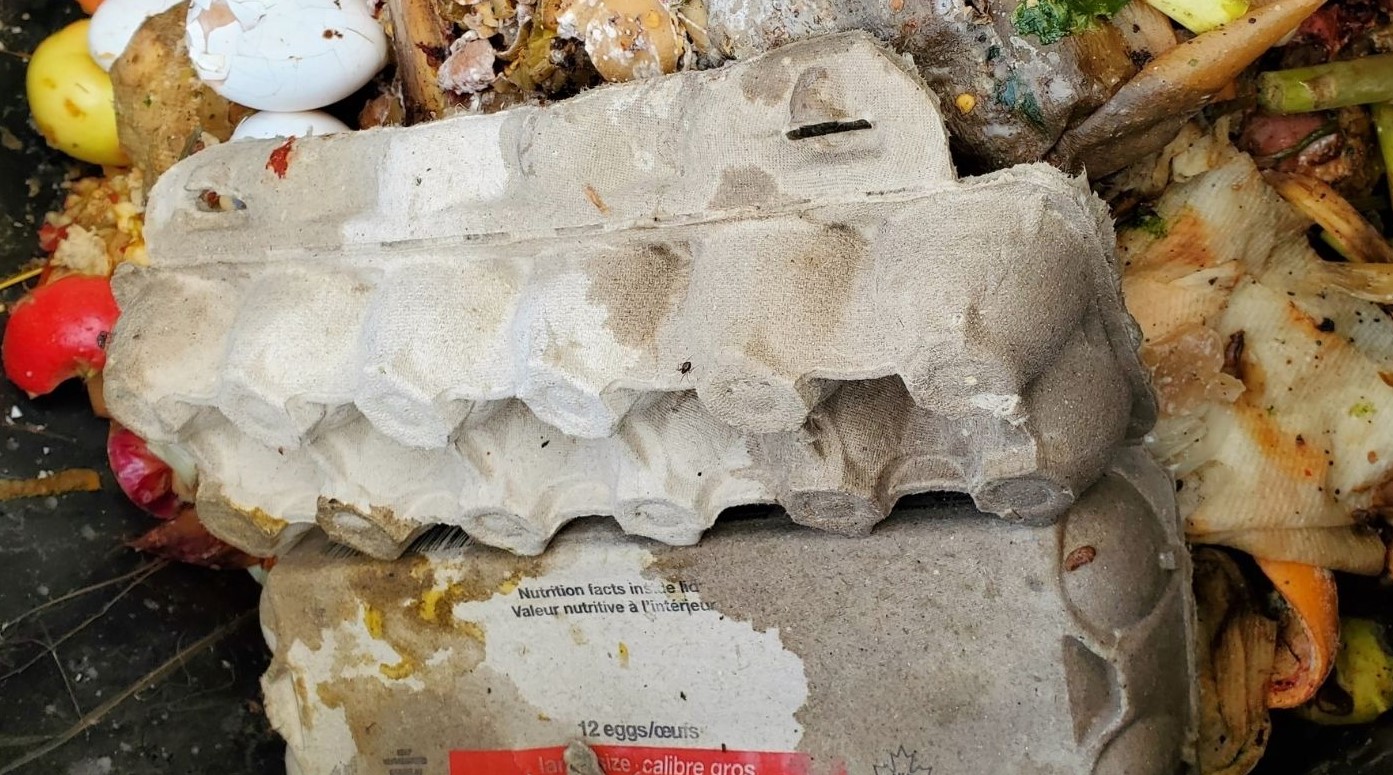 On Ninjas and Eggs-istential Crises

“Some Ninja you are.”

The words popped into my head as the grocery bag containing two dozen eggs lay on the sidewalk.

I had just come out of the store, cart full, eggs on top. As I navigated the cart down the sidewalk ramp, the bag slipped off. I knew immediately which bag it was.

Cursing under my breath, I grabbed the bag and headed to the car. I didn’t look inside until it was time to unload.

Truth be told, I felt “off” the entire shopping trip. Just a little out of sorts. Maybe it was because my Grocery Ninja column had been posted online just that morning. Maybe I was feeling the pressure of living up to the expectations of the, I don’t know, dozens (maybe) of readers?

When life gives you busted eggs, you should make toast, then write a column about busted eggs. 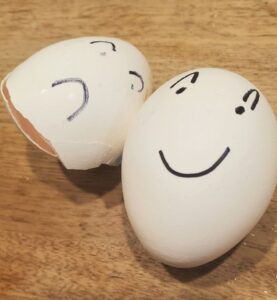 When I was working in a grocery store, a teenager with an emerging collection of emotional challenges, two of my new “feelings” needed to learn to live together in harmony.

One – an appreciation of the joys of pay day.

Two – authority issues I’ve constantly wrestled with, knowing I depend on that damned pay day.

These two enemies nearly came to blows one fateful day. There was a sudden buzz in the store. We were expecting a visitor on short notice. Oh boy, such excitement, at least for a young store manager hoping to progress to a larger, newer store. For the rest of us, not so much.

(Without identifying the store name, let’s just say that the visitor was a member of the family that owned the mighty chain. Oh yeah, they also make bread. One of the family does TV commercials about food he apparently chooses. They are consistently one of the richest broods in Canada, not as rich USA’s Waltons, but certainly right up there with families whose last name starts with a W.)

Full-blown panic ensued. My manager, Dave, shouted orders. Everything was to be made clean and tidy. No time to waste! We hardy few set out to completely ignore the customers and put everything that might look messy safely out of sight.

I was moving some boxes to the rear storage area when Dave decided to get hands-on with helping. Note to managers everywhere: Know your limitations. When you decide to get your hands dirty, it seldom works out. Leave the dirty work to the professionals.

Case in point? Dave decided to move the eggs.

In those days, eggs were only sold in cartons of a dozen, advanced 18 pack technology not yet invented. They were shipped in metal crates that held 15 cartons each, five crates high on a wheeled base.

The eggs were near the swinging doors, on the to-do list, ready to re-stock the in-store cooler. Dave must have thought that they made the area look messy, so he decided to move them back a few feet.

The slow-motion tipping of those crates was a cinematic marvel.

The important-to-Dave’s-career-visitor was expected within minutes. Eggs were everywhere. He quickly took charge of the situation by telling ME to clean it up.

Thanks, Dave. Way to contribute.

By the way, have you done the math yet? Five crates times 15 cartons times 12 eggs each…

What does it look like to clean up 900 eggs? According to Dave, it means carefully sorting through the cartons, salvaging clean ones, then saving the intact eggs to populate the clean cartons.

I started grabbing the crates and headed to the large sink a few feet away. I was still working on the second crate when the visitor arrived. He and Dave immediately went to the store office to chat. The stairs to the office were five feet from the egg disaster.

And here’s where things went wrong. You thought the eggs had already suffered enough? No, things got worse.

As he passed the scene of the crime, Dave looked at the eggs, looked at me, and shook his head disappointedly. The visitor then looked at me. Neither man said a word.

But the picture? It sure said a lot. Didn’t need to take a thousand words – I got the message. Dave was gonna delegate this screwup. I was going to be the “You can’t get good help these days employee of the month”.

So, what to do about it? Hmmm. Go up to the office and ask, “Dave, about those eggs you knocked over twenty minutes ago. What if the last carton I save only has nine eggs?”

Ummm, nope. I kinda liked getting that pay envelope on a regular basis.

Instead, I made the decision to balance the needs of compensation with the nagging voice in my head that told me, “Do something, dammit”.

Turns out they were actually Schrodinger’s eggs, that famous chicken farmer and philosopher. As long as each carton was closed, there was no way to know if their cargo was intact. The only way to know was to open it.

Did I methodically bang each carton against the side of that cement sink before opening it? Who can remember these details, so many years later?

It turns out that Dave broke a LOT of eggs. Not all 900. I had already saved a few dozen by that point and hey, I’m not a monster like Dave.

The lucky few that survived really showed they were made of tough stuff. A quick rinse and they joined their fellow graduates in a nice clean carton, ready for purchase, soon followed by another test of strength they were very likely to fail.

Did I feel any guilt when Dave later asked me how many eggs were saved? No. I honestly said, “Surprisingly few.” We never spoke of them again.

Did I properly balance my competing demons? I was 17. I had much to learn about how to address my authority issues. I learned to both pick my battles and fight them more effectively. Did I learn all those lessons quickly. Haha. That’s a good one. Ask anyone who supervised me in the subsequent decades how much fun that was.

I’ve won some and lost some. In my mind, I have more wins than losses. Way more. Denial helps a lot when analyzing that much data.

And, as for the more recent bad day for the Grocery Ninja? I shook it off. A week later, I was getting compliments from the cashier about my packing prowess.