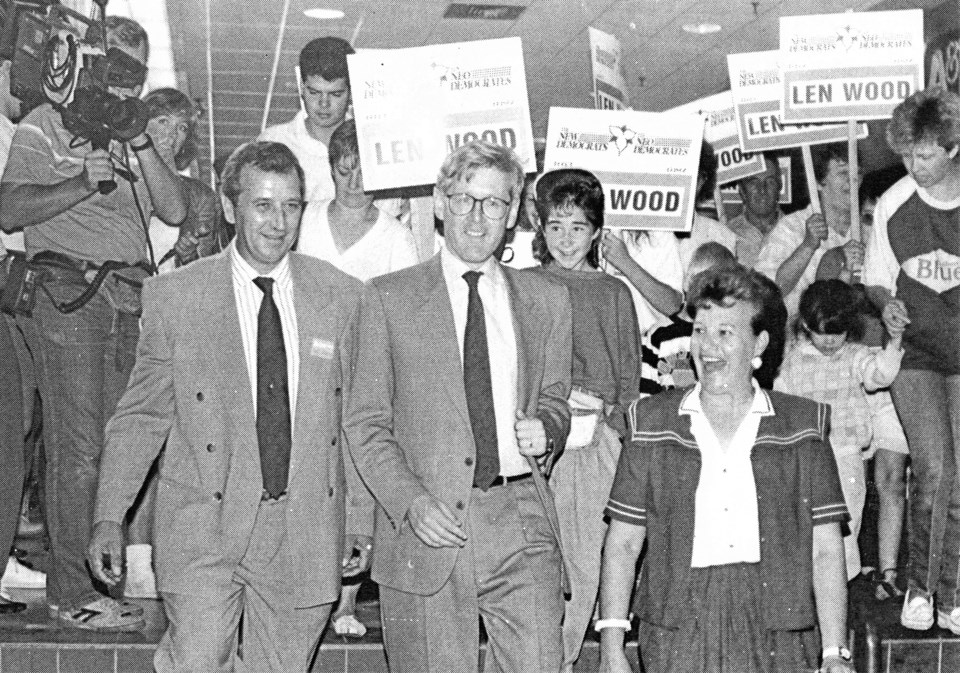 Those who predict political outcomes can be assured of two high risk outcomes:

In spite of that, picking a winner can be an exhilarating experience, as evidenced by horse races and lotteries, and in political circles it carries just as high a probability of success.

I recognize it is early yet, although prior to Omicron entering the arena, there was heady talk of an early provincial election to capitalize on Premier Doug Ford’s stellar approval ratings.  If this variant fades without causing the widespread damage the medical community is predicting, look for more clues of an early call to the voting booth. 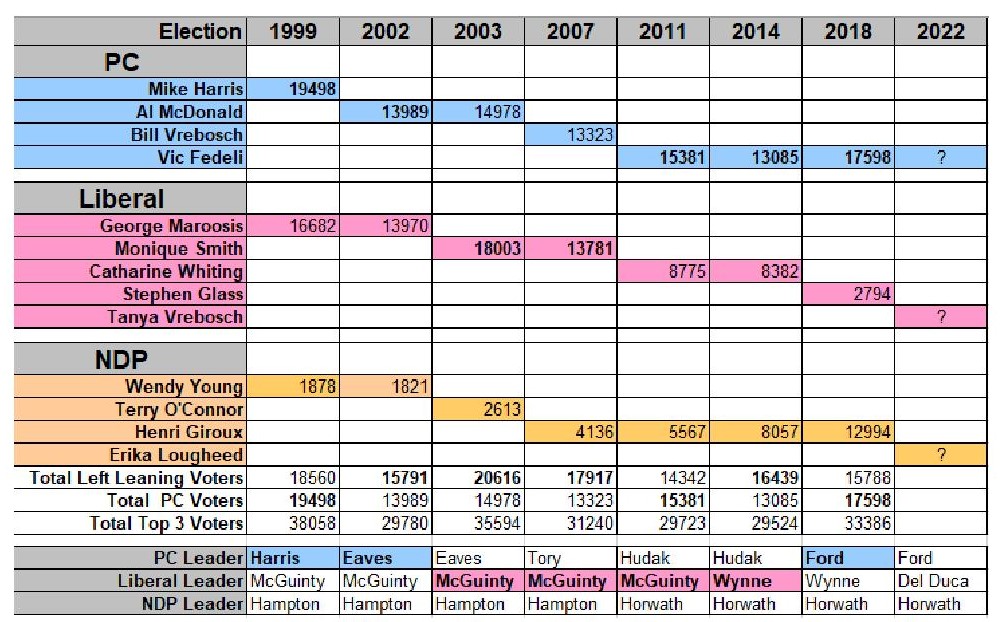 Whenever the election actually takes place, those of us who take a keen interest in such folly, look to past trends for clues about the future.

Looking at the chart of past election results above, it seems there has been fairly steady Progressive Conservative support at the 13K-vote level, regardless of leader or party in power. Back in the Liberal heyday for Nipissing, when Monique Smith won the riding, the NDP had only a fraction of the support Henri Giroux built over the next decade.  Bolstered by the Liberal promise of positive, competent government and the urging by them for us to choose change, Liberal support peaked in 2003, then barely held on to take Nipissing in 2007.  Then in 2011, popular North Bay Mayor Vic Fedeli took over the PC slot, and even though the Liberals were still in power, he managed to hold on to the riding while the Liberal and NDP support split the opposition.  He rode the wave of Ford support in 2018 to his best results ever….reminiscent of the Harris victory in 1999.

Liberal support had cratered without a popular leader and a last minute local candidate, giving the NDP their best showing in recent history, but it still wasn’t enough to stop the blue wave.  This coming election may dull the Ford appeal somewhat, but Fedeli has shown he has the ability to withstand a lacklustre performance by the party itself.  The big questions are: 1) Can Erika Lougheed capitalize on the NDP vote built up over so many elections by Giroux? 2) Will the appearance of Tanya Vrebosch as the Liberal nominee, a deputy mayor with lots of local support, drain off enough votes to keep Fedeli on top?

Nobody works harder than Lougheed at getting the party message out and connecting with the electorate, but the NDP would not abandon their leader Andrea Horwath despite many indications her trajectory was in decline. Horwath was just too stubborn to take a walk in the snow, which could have given deputy leader Sara Singh a shot at revitalizing the losing image of the NDP.

Now, with Vrebosch trying to swing the undecided to the Liberal cause, under an equally uninspiring Liberal leader Steven Del Duca, the left-leaning voters have two strong local candidates of which to pick.  The problem is neither one of them has a leader who is capable of turning the provincial tide at a time the PC’s still have their core support

This scenario sets up 2022 as a repeat of 2014 where the PC vote can decline to its lowest level ever and an even split of Liberal and NDP support still lets them win Nipissing and other similar ridings.

The Ford factor and the GTA concentration of seats takes predicting the provincial picture out of my comfort zone, but it sure looks like betting on a minority government is where the smart money will be.