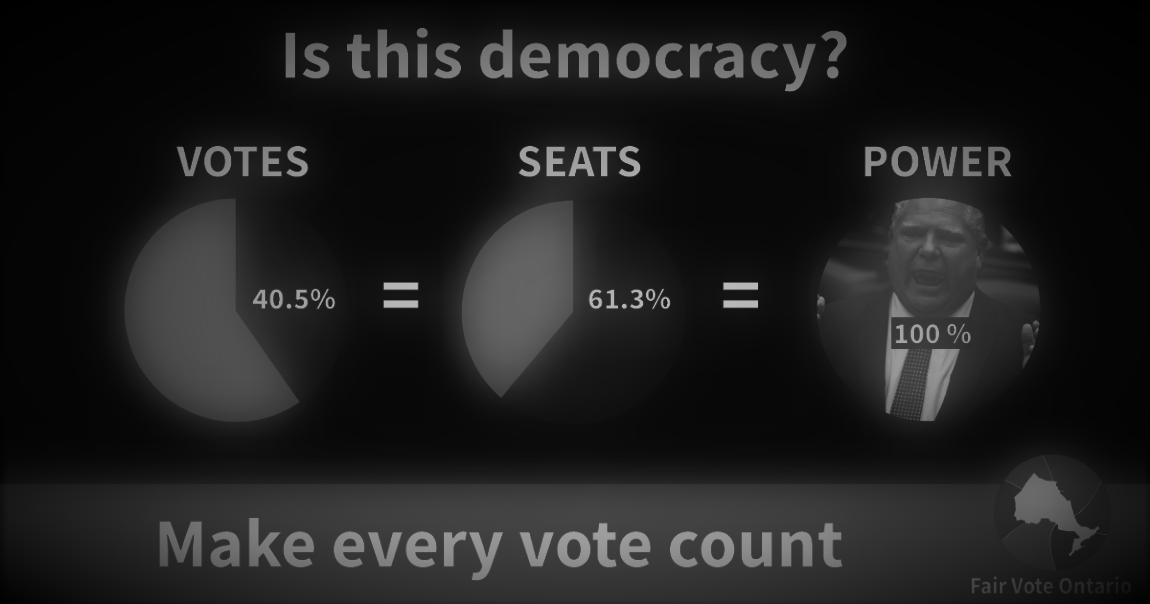 Now that the government has failed to protect us from the known threat of successive pandemic waves, I am starting to see tweets of despair cross my Twitterfeed. The lament that parties are all the same and there is no one left to vote for is understandable, but we need to give our heads a shake. Bouncing back and forth between the PC’s and the Liberals has not got us anywhere, since each one tears down what the other built up, and the NDP did give us Rae days, for which there can be no forgiveness, apparently.

But there is a way forward….one in which we can rebuild our province and reshape the way politics is done. Let me explain.

More than anything, people want the political system to work…there are different ideologies and different ways to achieve our goals, but more than anything, people just want to vote, give someone the responsibility, then go about their lives. For many of us, that is enough to handle. People are working multiple jobs, juggling student debt, either saving for a down payment or making mortgage payments, raising a family and/or saving for retirement. Monitoring political platforms and holding politicians to account just doesn’t fit into their schedule. 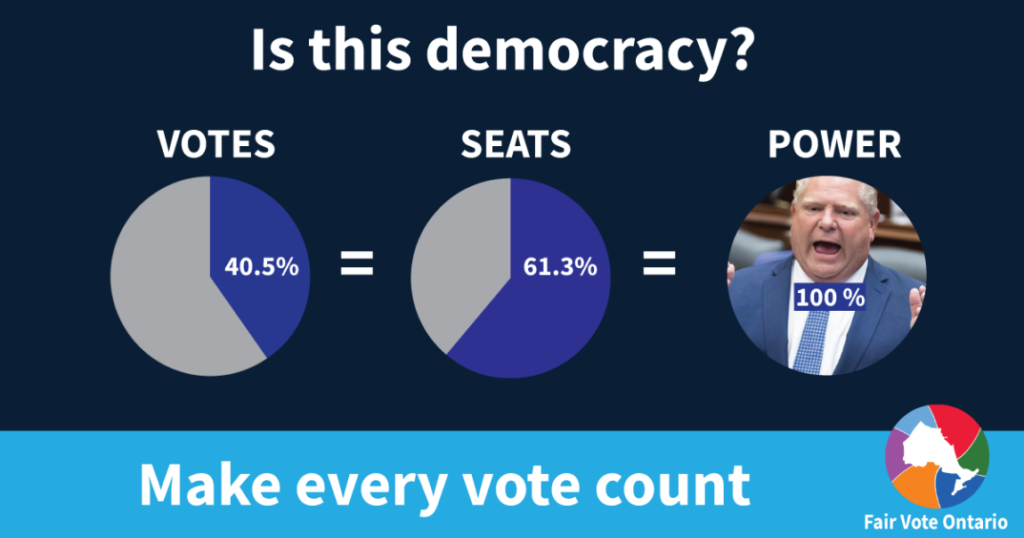 Even those who do have the time to skim the headlines and maybe read an article or two cannot be sure they are getting the whole story…..understanding the nuances behind political actions takes a whole lot more research than it did in the past.

So rather than vote for nobody or withdraw from the process entirely, let’s change the system.

Proportional Representation (PR) will force those in power to consider the opinions of the voting public BEFORE their decisions get implemented.  Rather than wait four years to throw the bums out and rebuild in a new direction, we can force them to compromise in the first place making it much more unlikely they will tear down a process they participated in creating.

Critics of PR say the system will break down and we will be caught in a continual cycle of elections, but other countries have not had that experience.  Nor does it mean that a party cannot win a majority.  In 2020, New Zealand, using the PR system, elected a majority Labour government and Prime Minister Jacinda Ardem has one of the best records in the world protecting against COVID.

The overriding issue in the upcoming provincial election should be how can we change the system.  According to FairVote Canada the ranked ballot proposal being promised by Liberal leader Steven Del Duca, is not a change in system, but a change in the tool used to vote.  It would not change the system, except to make it more likely for the Liberals to get elected.  That is not the self-serving change we are looking for.

True proportional voting will force the parties to work together and come up with political solutions.  The ability to call a snap election and capitalize on transient public sentiment is removed and to win a majority, parties would need to demonstrate a clear superior way of governing.

The NDP has not made it a priority, but they have endorsed proportional representation….we need to understand the failure of the present system, what system offers the best chance of improvement and which party to vote for that can be trusted to implement that system.

My vote will be going to the NDP and proportional representation.