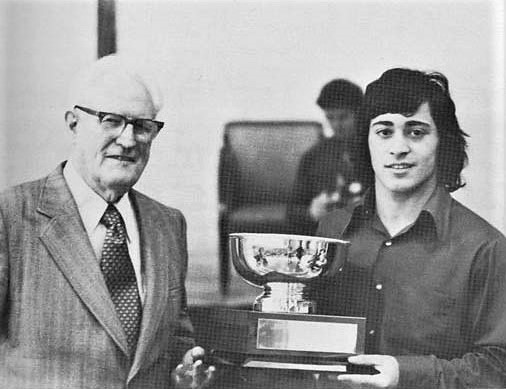 The North Bay Sports Hall of Fame will hold the 40th Annual and 41st Annual Induction and Awards Dinners May 7 and May 14, respectively, at the Davedi Club. The 2020 and 2021 events were cancelled due to COVID pandemic restrictions on gatherings.

Scollard Hall athletic standout Mario Spina in 1975 receiving the Mike Mitchell Trophy from John Mitchell for contributions to the sport of football. Spina is among the 2021 inductees to the North Bay Sports Hall of Fame to be honoured at the awards dinner hosted by the Davedi Club May 14. 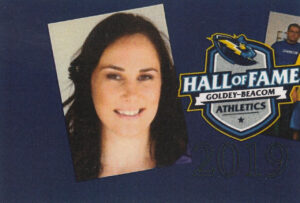 Those interested in searching past inductees are invited to explore the North Bay Sports Hall of Fame website at http://www.northbaysportshalloffame.ca