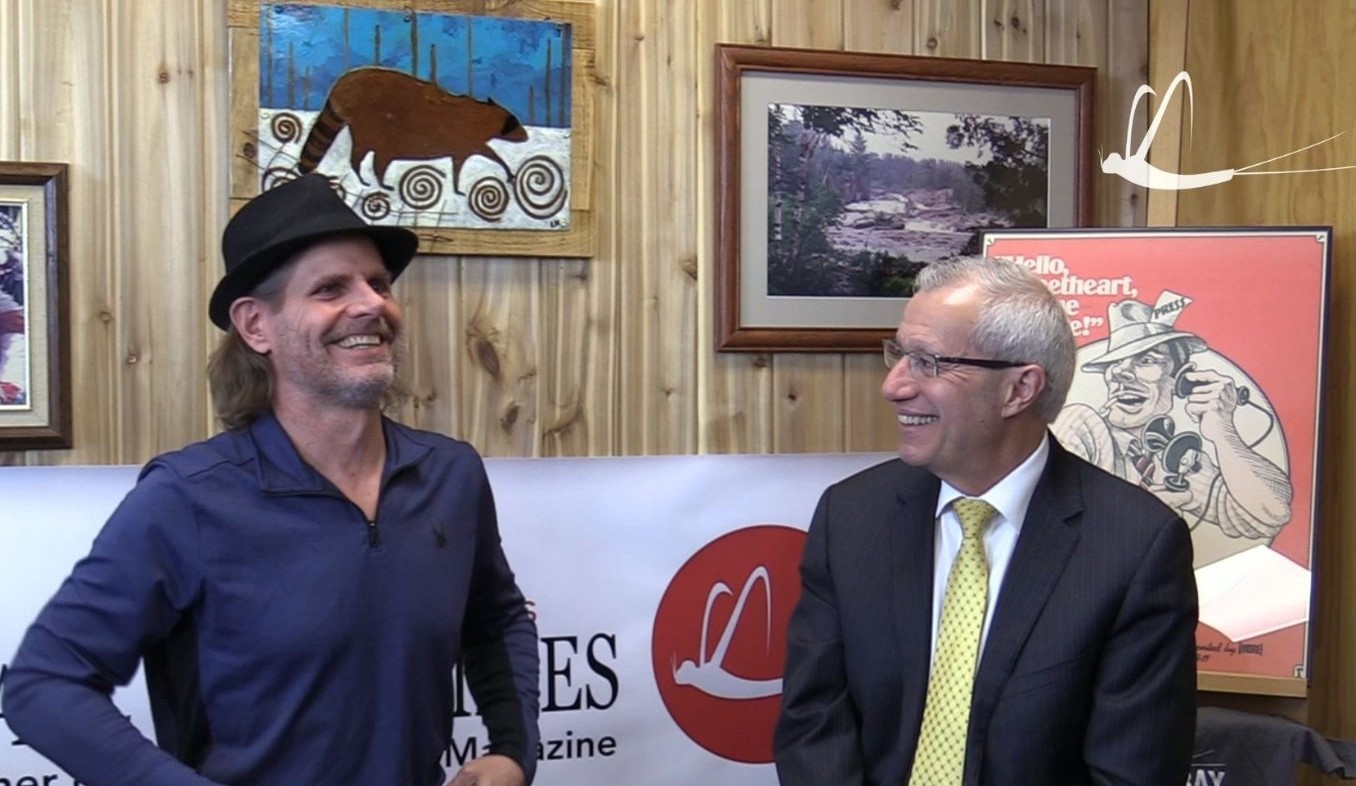 The Ontario provincial election June 2 and municipal poll Oct. 24 motivates a series of video interviews with some of the political players involved.

So far, editorial discussions have been recorded with three of the candidates seeking the Nipissing seat at Queen’s Park: incumbent Progressive Conservative Vic Fedeli, Liberal Tanya Vrebosch and New Democrat Erika Lougheed. Interviewed before Easter was North Bay Councillor Scott Robertson, the NDP candidate for Nipissing-Timiskaming in the federal election.

Several short and a long clip are posted at Dave Dale’s Small Town Times YouTube Channel. The one with the most views so far features Fedeli’s thoughts on how the Cassellholme reconstruction financing process went with the former North Bay mayor siding with the views expressed by municipal councils. Subscribe to see recent posts in your suggested videos or hit the bell to receive notifications. More videos and stories will be posted on this website so you might want to get notifications that way.

My BayToday column May 4: Triple dose of ‘silly season’ at our doorstep introduces the series, which will include coverage of the provincial leaders debate at the Capitol Centre Tuesday, May 10, which is hosted by the Federation of Northern Ontario Municipalities and Northwestern Ontario Municipal Association.

Below are some of the interview clips:

Conservative Vic Fedeli defends graph showing increased education spending, denies opposition allegations about privatization of either health care or education. Ontario is looking to a June 2 provincial election with the writ to drop May 4. Fedeli, MPP for Nipissing and Minister of Economic Development, Business and Trade, sat down with Small Town Times Friday, April 29. I didn’t have time to ask him everything, and I didn’t dispute or question some comments as they’ll be covered in due time. Comment what you think needs more attention below. Other candidates are welcome to schedule interviews as well. I’m not out to argue or even debate vigorously, it’s just a conversation to give them a chance to express themselves and put politicians and wannabes on the public record for what they say and how they say it.

Tanya Vrebosch took a break from erecting campaign signs for an hour-long chat in the Small Town Times studio at 176 Lakeshore Drive. The Liberal candidate for Nipissing is the deputy mayor of North Bay with four terms on council. She’s an Ontario Works program manager with the District of Nipissing Social Services Administration Board. Editor Dave Dale asked if she’s “Really a Liberal” to break the ice, knowing many constituents are also familiar with her father Bill Vrebosch, now a North Bay councillor after being a long-time mayor of East Ferris, who ran provincially under the Conservative banner carried at the time by John Tory.

Erika Lougheed is aiming to unseat Nipissing’s incumbent PC MPP Vic Fedeli in the provincial election June 2. She’s going door to door across the riding, using the same strategy that won her a council seat in East Ferris four years ago. Lougheed says people appear more aware of what has been done and what’s missing to address issues that are making it hard for all residents to afford housing, food and every other basic necessity. She said even Conservatives who are well off see how their children and relatives will be struggling to get a foothold in the economy, adding that issues about mental health and addictions services cross the class boundaries.