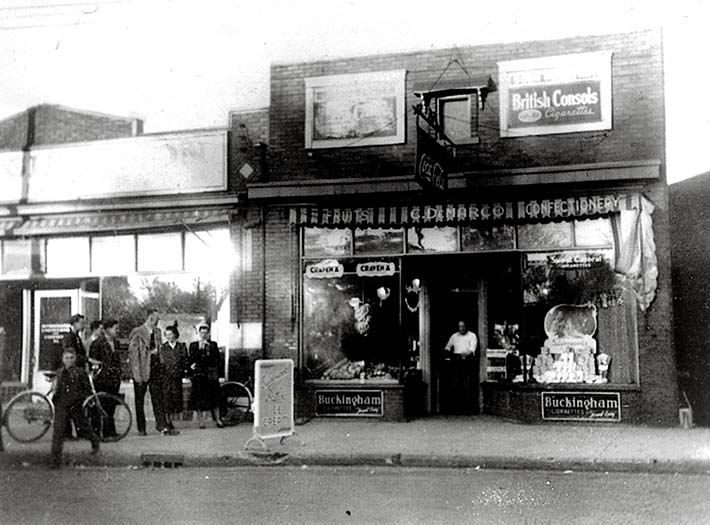 Canada’s apology for the internment of thousands of Italian Canadians, who were unjustly declared ‘enemy aliens’ during the Second World War, will be recognized in North Bay June 5-12.

The federal government issued its formal apology in the House of Commons in May 2021, but COVID pandemic restrictions prevented its reception in communities like North Bay.

See the video interviews of Sandy O’Grady and Judi Jessen at the bottom of this article.

A series of events is planned through the Davedi Club, including a celebration of the recovery of the Italian community in Northern Ontario, as well as its current importance in the fabric of those cities and towns. A documentary of internments, static display and dedication ceremony at the Memorial Stone, plus a formal dinner and program of education, highlighted by the memories and statements of impact, and a friendly soccer tourney are among the events planned.

“The unjust internment of Italian/Canadians in WW2 is one instance of Government and community fear and prejudice 80 years ago,” states a media backgrounder provided by the committee organizing events. “Families at the time and since have been affected profoundly by this.”

The designation as ‘enemy aliens” had “profound social, psychological, and economic impact through the generations. The Italian families are resilient and have taken their full places in society after this discriminatory act.”

In March as preparation for the 2022 Spring Edition, Back in the Bay had a brief interview with Sandra (Raffaella Stirling) O’Grady, whose family first settled in Timmins before she came to North Bay where many relatives settled. She is the granddaughter of internee, Leopoldo (Leo) Mascioli, and the daughter of Major Keith Stirling, who was a prisoner in a German camp.

She noted that Canadian Ukrainians were interned during the First World War, which the federal government also apologized for not long ago, similar to the apology for interning Japanese Canadians and Jewish people from Germany and Austria during the Second World War. And she cautioned Canadians not to make the same mistake with Russian Canadians as part of the condemnation for the country’s invasion and brutal war unleased on Ukraine.

“I’m originally from Timmins. So I represent Timmins families. Having said that, from my mother’s tiny little Italian village, half the people who came over here went to Timmins and half came to North Bay. So I do have a bunch of relatives here. As a matter of fact, I’m finding out I have relatives I didn’t know I had.”

“And my family had two members in prison, my grandad and my grandad’s brother, my great uncle Tony. And also, the DeMarco family of North Bay had five members put in prison. Well, I mean, that’s just stunning. And it blows your mind. It’s hard to believe we did what we did, but it was a different time.”

Asked what she thinks of the how Russian Canadians might be feeling as their homeland is vilified globally, Sandra O’Grady said she hopes they are left alone.

“Well, you can see, how complicated it is,” she said, describing how it escalates in stages with a deep sense of paranoia adding to the anxiety people will feel as the war develops. “… once Mussolini entered the war on the other side, it made all Italians “evil people”. You know, my mother, the terrorist? If you saw a picture of her, I don’t think that’s what you’d think. No, but they have to wear that label, and I think that was one of the lasting, longest, most painful memories of this whole event was the shame people felt about being treated as criminals when they weren’t.

“But you weren’t around in the Second World War and I was only a really little kid, but the groundswell against Naziism was overwhelming, as you could only imagine, as we feel about the Russians right now. Only it was more global. And that’s what made it so, so, so hard. We turned against the Ukrainians in World War One. We imprisoned them,” she.

“We have the history of doing this. And here’s hoping we leave the Canadian Russians alone because it can just get so twisted.”

There are many profound stories documented about the interment of Italian Canadians, including interviews with Sandy O’Grady and Tony DeMarco in 2011 at www.canadianww2.ca (which can be found by searching the “collection” page of the website.

The description that introduces the Tony DeMarco interview is below:

“Anthony De Marco was born on August 16, 1920 in Reggio, Calabria, Italy and is the eldest of three children born to Antonia (née Scappatura) and Carmine De Marco. Anthony’s dad first arrived in Canada around 1902, following his brothers, who came in search of a better life. Carmine was naturalized in 1911, but returned home briefly to fight in World War I. Back home, Carmine met and married Antonia in 1919 before returning to North Bay. In 1922, Anthony and his mother immigrated to Canada and the family was reunited. Anthony’s dad, Carmine De Marco, and two uncles, Vincenzo and Frank Scappatura, were all interned at Camp Petawawa. Anthony explains that his father was able to get out of Petawawa because of the efforts of their friend and neighbour, Bishop Dignan. Anthony believes that the internment really bothered his dad, especially having fought for the Allies in the previous war. At the same time that Carmine De Marco was interned, he had several nephews serving in the Canadian forces.

Editor Dave Dale interviewed Sandy O’Grady and Judi Jessen in early Maty about the impact the internment of Italian Canadians during the Second World War had on generations of their families. Part 1 and Part 2 are below: