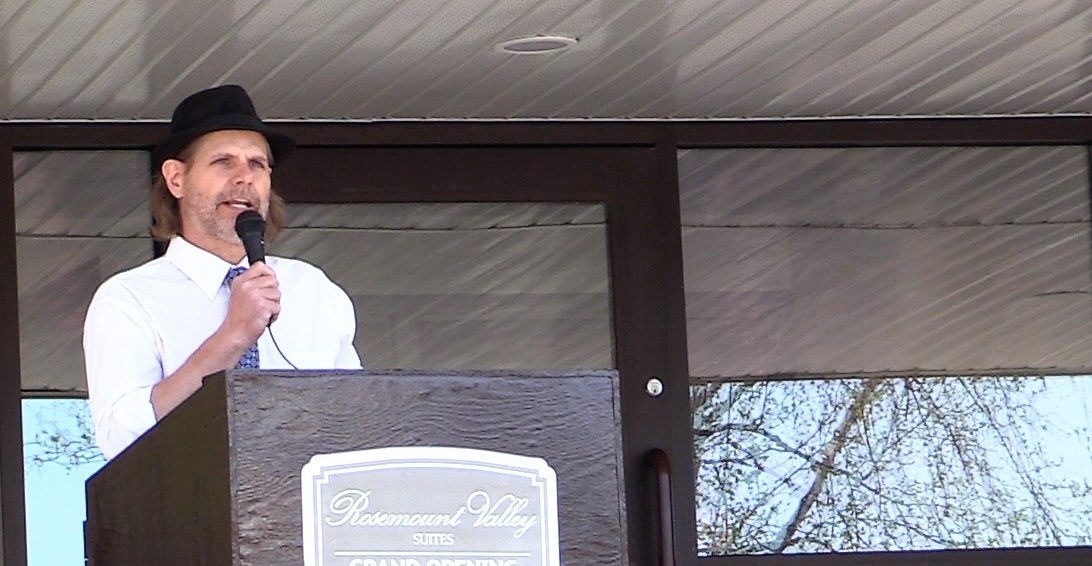 The world looks and feels a little different now that I’m no longer pondering a political crossroad, a life path deke into North Bay city council chambers averted by logic and common sense. As outlined in my June 15 column at BayToday.ca, taking the leap from journalism to potential politician offered fewer positive possibilities than my story-telling prospects.

It was interesting to see how some relationships and the tenor of dialogue change when you start thinking about politics as a candidate rather than a career commentator. Several  contacts and friends who work in either public service or political circles tweaked what they shared with me just in case things became more complex. And there was reason to believe I would make the cut. My media platforms over the years, along with nurtured networks, made it better than 50/50 odds.

Truth told, there were a couple daydreams about “what if?” that ended in chuckles. Campaign slogans, you might imagine, would have matched my inclination toward “velvet sarcasm” when working on my stand up comedy: “Vote for Dave Dale … you could do worse … and you have!” or “Say yes to Dave Dale for North Bay councillor … if you want lower taxes … like he pays in East Ferris.”

I certainly appreciate all the encouragement friends and readers gave as I considered serving as a councillor for North Bay both those who wanted me to run as well as those who didn’t think it was a good idea.

It became clear this winter, though, that I wouldn’t be able to function under the constraints of confidentiality and land mines that dot how a council member can operate in the current cancellation climate. The city’s Integrity Commissioner would have made a fortune investigating my every post and podcast quip. I confess I might have given it a whirl if it paid more than the $27,000 and change. Hmmm. I wonder if they get cost of living increases after a big boost from the record inflation. It’s really not a raise, though, when you put those two things together. Can you imagine the actual cut to provincial education budgets when annual increases don’t match rising costs.

Better I stick to my lane. I’m not sure what the future holds but I know there’s potential in what I already do. I just have to work harder and do more.

For starters, I now have more energy to focus on what’s proven to generate positive outcomes, such as the Back in the Bay Magazine. I’m in the eye of the deadline storm this weekend with production prep and layout beginning Monday for the Summer Edition (the sixth issue under this flag and my 17th nostalgia magazine since September 2019).

I hope to pick up the finished product at Beatty Printing on Cassells Street July 8. For those interested, the first retail store to get copies is Darkhorse Comics, which is next door and stocks our back issues for $5 each or three for $10. The museums in North Bay and Callander, the Maroosis Art Centre, East End Variety, hospital gift shop and Gerry’s Auto in Corbeil are some of the other locations (also available at 176 Lakeshore Drive.)

There’s a lot of good stuff going into it: Pam Madill Stamp features the Board’s Honey history in her Sentimental Journey, Phil Koning urges restoration of the old TEE set cars as the return of Ontario Northland passenger rail service appears to be on course, Nancy Avery tells us more about working at City Hall for various mayors spanning three decades, and there’s a spotlight on columnist Pam Handley, a past curator for the North Bay Museum, who is putting aside the pen to sort through her mass of books, files and photos before they move closer to their children in November. Also featured is North Bay’s Conspiracy of 3 – the longest running reading group in Ontario, a photo prompt about plane crashes in the area through the 1950s and 1960s, a North Bay Sports Hall of Fame section with snapshots of baseball, fastball and football roots, a great story about the upcoming North Bay Musician and Entertainers Hall of Recognition dinner in September, a reunion of old CFCH television station employees and as much else as we can cram into a 32-page glossy colour magazine.

Which reminds me, I better get at it.

P.S. My September 2021 column announcing that I was thinking about a political turn can be found HERE. And below is a video interview where I talk about the issue in March  2022 with Mike Gelinas at my studio space in the Nipissing Region Curatorial Collective office at 176 Lakeshore Drive, Suite 14: