There is no doubt in my mind as to truth in the axiom “One man’s trash is another man’s treasure”. The abandoned TEE train coaches adjacent to the parking lot at the foot of Wyld street give the area a scrap yard appearance, yet the rotting shells still have the ability to draw railfans from Europe to visit our city. Imagine what they could do if they were restored to the condition they were in when they were part of a grand transportation renaissance in Ontario?

Granted, they were at the end of their useful life in Europe when Ontario Northland salvaged them in 1977 and introduced them as state of the art in the North American passenger rail industry. For a car-centric society though, they looked as futuristic as the ill-fated Turbo train that should have served to identify the perils and pitfalls of a half-hearted attempt at European rail service. The washrooms froze up regularly, the tracks were never in good enough shape to properly utilize the curve tilting feature of the coaches and the locomotives were baffed out after 20 years of service in Europe. 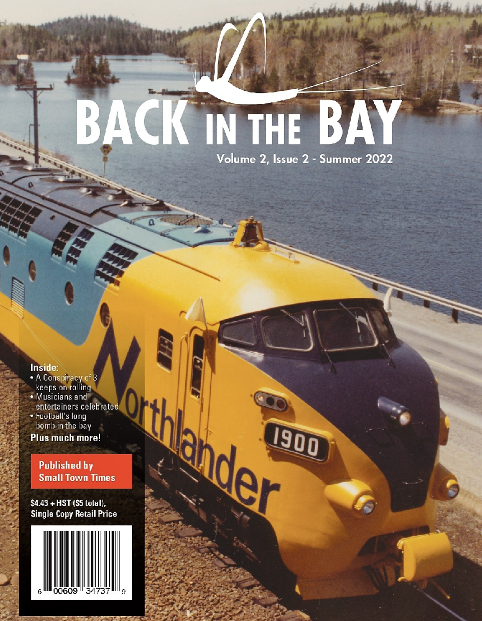 This column is featured in the Summer Edition of Back in the Bay Magazine. Get your copy at Darkhorse Comics on Cassells Street, East End Variety or email magazine@backinthebay.ca for a list of retail outlets in the North Bay area.

After 15 years of working to overcome the deficiencies the four trainsets were replaced by discarded and ONTC-rebuilt GO transit single level coaches. For many years after the 1992 equipment conversion, the trainsets languished in the North Bay Yard of Ontario Northland and ONTC was only too happy to oblige when a Swiss foundation bought one trainset for transport back to Europe where they hoped to restore it, as a static display. That effort hit a roadblock and the trainset eventually ended up in the Nederlands Transport Museum, where there is an ongoing effort to restore it and showcase the advanced rail travel available back in 1957 when it was first introduced there. 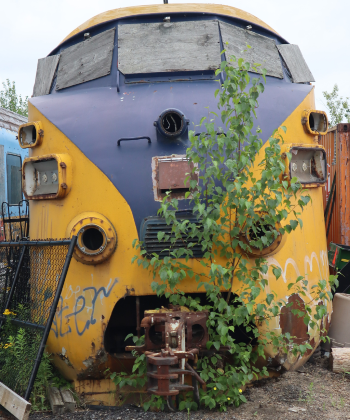 See this Facebook LINK showing the trainset in its glory days in Ontario and a brief shot of the only coaches left in Canada after the rest of the fleet was scrapped. The condition of those two remaining coaches, as can be seen above, is embarrassing, and no matter who officially owns them, the refurbishment of them should be a provincial responsibility. I am not suggesting a condition suitable for return to service, but as a static display.

The often kindled idea to save the 503 T&NO steam engine and get it in running condition was a little too ambitious and failed in its attempt. In comparison, a volunteer group in Englehart were successful in restoring the 701 in that town and building a canopy to protect it. 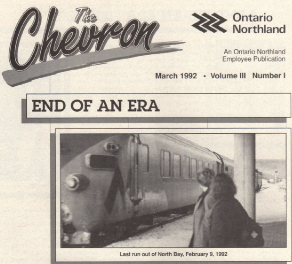 Funding for a volunteer group to restore the coaches to some kind of usable condition and the 503 to a static display would be a welcome addition to the waterfront amenities.

What do you think? Send comments to editor@smalltowntimes.ca