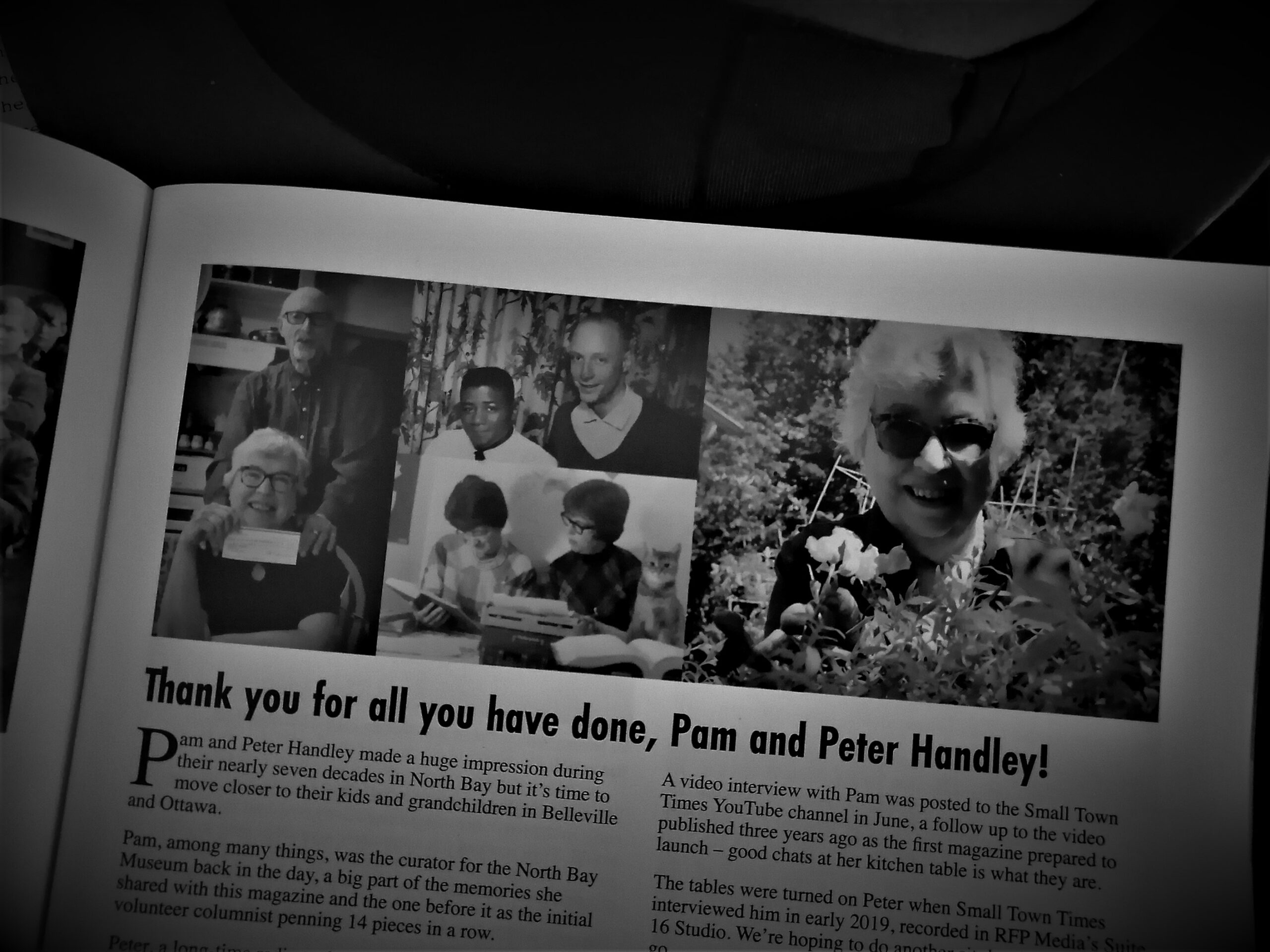 Salute to Pam and Peter Handley

Pam and Peter Handley made a huge impression during their nearly seven decades in North Bay but it’s time to move closer to their kids and grandchildren in Belleville and Ottawa.

Pam, among many things, was the curator for the North Bay Museum back in the day, a big part of the memories she shared with this magazine and the one before it as the initial volunteer columnist penning 14 Heritage Matters pieces in a row (see several of the columns HERE). 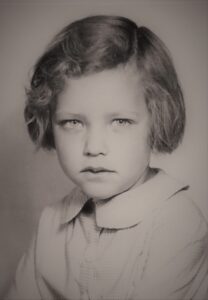 Peter, a long-time radio and television journalists who still has an interview show on Cogeco, Life Is, also contributed as a city councillor and giving his all through the heritage committee, North Bay Sports Hall of Fame and various leagues and executives. They were the first to subscribe to both magazines with a $100 cheque (and then renewed) despite doing more than their share to make the publications interesting. 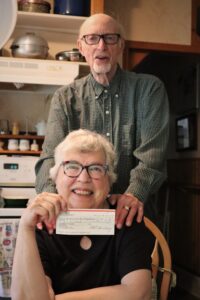 Pam also helped circulate copies by providing samples to friends and at church, suggesting they subscribe and going so far as not giving them to the same people.
They’ve been purging their massive files and books for months already and still have much to go through before their departure Nov. 1.

A video interview with Pam was posted to the Small Town Times YouTube channel in June, a follow up to the video published three years ago as the first magazine prepared to launch – good chats at her kitchen table is what they are.

The tables were turned on Peter when Small Town Times interviewed him in early 2019, recorded in RFP Media’s Suite 16 Studio. The videos are below. We’re hoping to do another sit down before they go.

Peter supplied a lot of the material the magazine published on behalf of the sports hall, heritage committee and the vast files he amassed since his career brought him to North Bay in 1958
– and he hasn’t slowed down.

North Bay is losing quite the pair after benefitting from their citizenry since the late 1950s. Back in the Bay will try hard to follow your example and carry the torch in preserving local history and telling the stories of community members while they are alive.

No doubt there will be more ‘thank you’s’ from friends and associates in the next few months. This is but a small gesture of gratitude. Maybe I should write a chapter for their book?

Email editor@backinthebay.ca if you want your goodbye message to the Handleys added to this story.