Between 1901 and 1958, guides from the Nbisiing (Nipissing), Omuskego, and Eeyou (James Bay Cree in present-day Ontario and Quebec) Nations led naturalists from the Carnegie Museum in Pittsburgh on 25 expeditions through northern Ontario, Quebec, and Labrador. 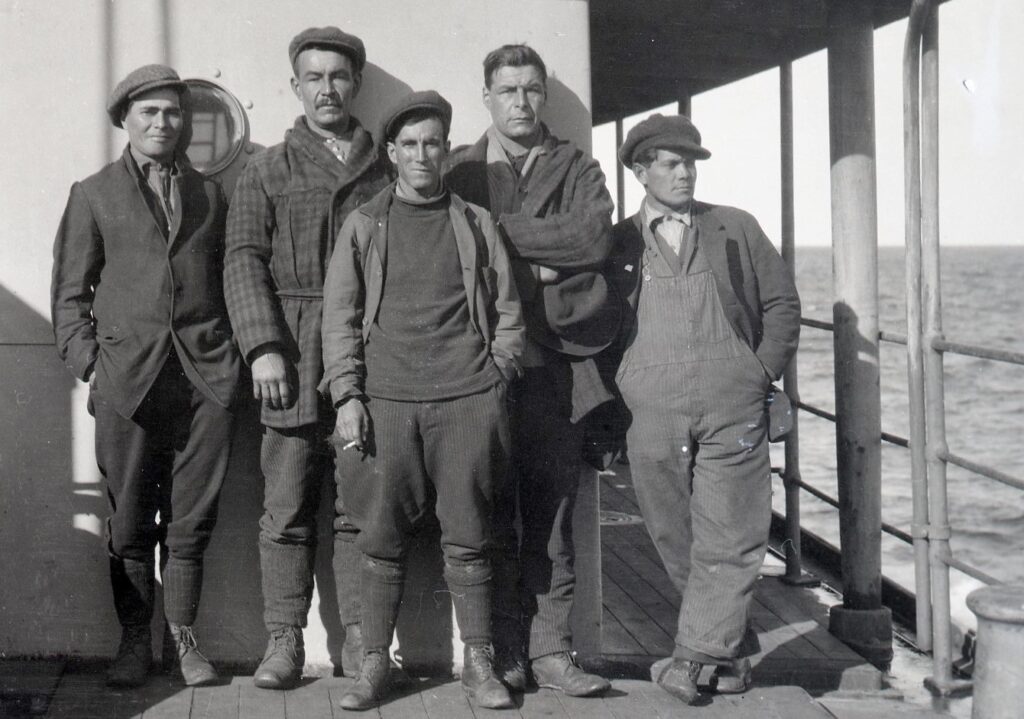 Guides such as Paul Commanda (Nbisiing) and George Carey (Omuskego) led the expeditions along rivers, through rapids, and over portages. They cooked meals and kept everyone safe while sharing their extensive land-based knowledge. This work enabled the naturalists to harvest northern birds, plants, and animals for the museum’s collections, which are still used by scientists today. 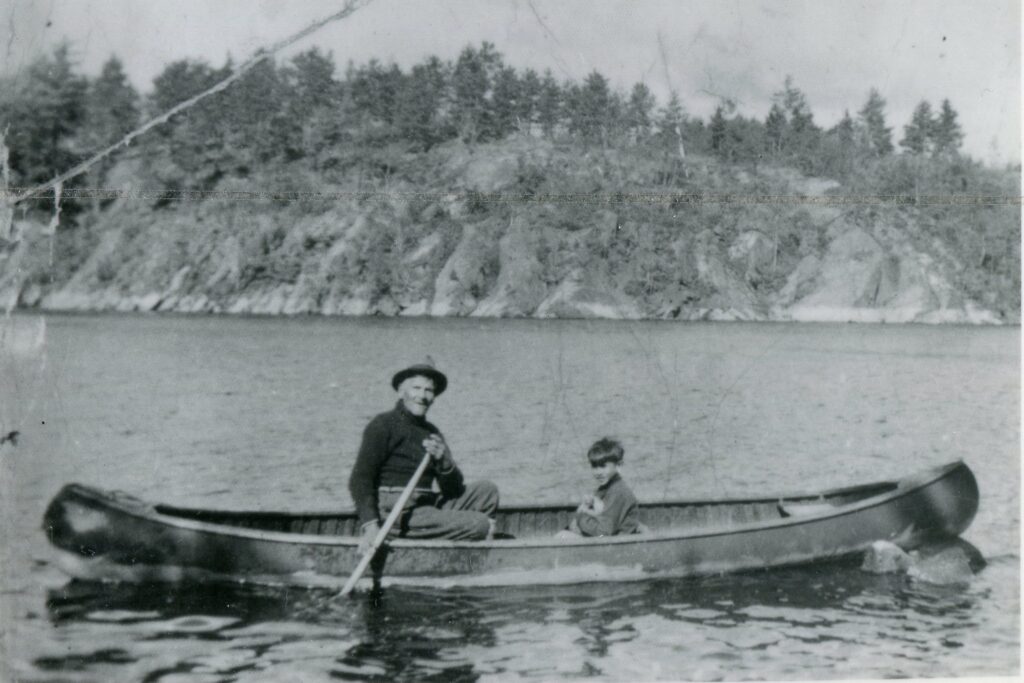 For the guides, the expeditions provided opportunities to make a living as settlers, lumbermen, and fish-and-game inspectors encroached on their traditional ways of life. They also earned the respect of scientists.

Funding for the development of the exhibit was provided by the Government of Canada through the Museum Assistance Program and the Social Sciences and Humanities Research Council.

This exhibit features stories and photographs of the Indigenous guides who led the Carnegie Museum expeditions, honouring their work and their contributions to science. Contemporary

connections to Nbisiing and Omuskego culture through hunting and canoeing are also explored.

Carnegie Museum collections will be shared through a large-scale print of a Snow Goose diorama and a display of specimens collected on the expeditions featured.

The exhibit also includes beaded artwork inspired by the Carnegie Expeditions and a painting focused on telling the Nbisiing creation story. Artist Carrie Allison explains that the beaded Snow Goose she created for the exhibition was made:

“In response to the Blue Goose diorama (1925) at the Carnegie Museum of Natural History in Pittsburgh. Through the act of beading I am honouring the Snow Goose, as a migrant bird, and their connections and relationships to Indigenous nations from Nbisiing to Mushkegowuk territory.” 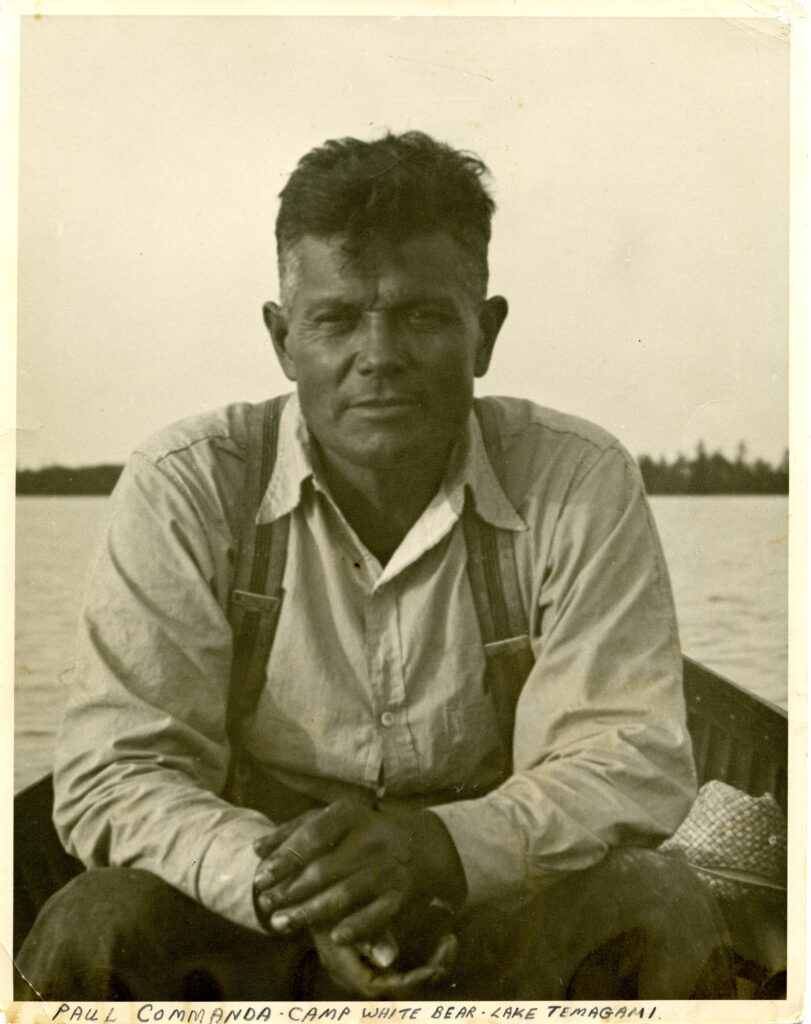 The display will be open to the public at the North Bay Museum to October 2022.

For more information on the projects and the team involved, please visit the exhibit websites at www.nipissingguides.com and www.lakenipissingbeadingproject.com.

Our hope for this exhibit is that it will bring larger awareness of the important contributions that Indigenous guides like Paul Commanda made to scientific research in Canada.  Thanks to researchers including Joan McLeod Shabogesic, we were able to connect field notes, maps and photographs (digitized by the Carnegie Museum for this project) directly to the stories of Nbisiing guides including Paul Commanda and his family. The North Bay Museum is honoured to have played a role in bringing these stories to light in partnership with Nipissing First Nation, Dokis First Nation, Nipissing University, and the Carnegie Museum.

Our relationship between Nipissing Nation, Dokis First Nation, Nipissing University and North Bay Museum collaborated and knitted a relationship with Nation Members and Elders providing a platform for our Nation families to showcase their ancestors’ contribution to scientific research and their Nation’s heritage.

Paul Commanda and the guides in these expeditions were the astronauts, cosmonauts of their day.  They piloted their small crafts to carry the expedition scientists into the far north to complete research projects.  Braving arduous months of canoeing, portaging, maneuvering through river rapids, these guides had the care of not only the scientists but the specimen collections that furthered science and our understanding of the environs of this land.  This was a noble cause.

This exhibit is a reflection of ten years of relationship-building between NU, NFN, Dokis FN, and the NB Museum, which developed into a formal partnership in 2019. Our partnership aims to rethink repatriation and reconciliation, and illustrates the importance of working in relationship on traditional Nbisiing territory. In this project, we highlight the Nbisiing head guide, Paul Commanda ban, and other Nbisiing guides in the Carnegie Museum expeditions in the first half of the 19th century, which is largely absent in the galleries of the cmnh in Pittsburgh and in history books. We also honour these people, and the animals and plants that formed part of the Carnegie museum collections.