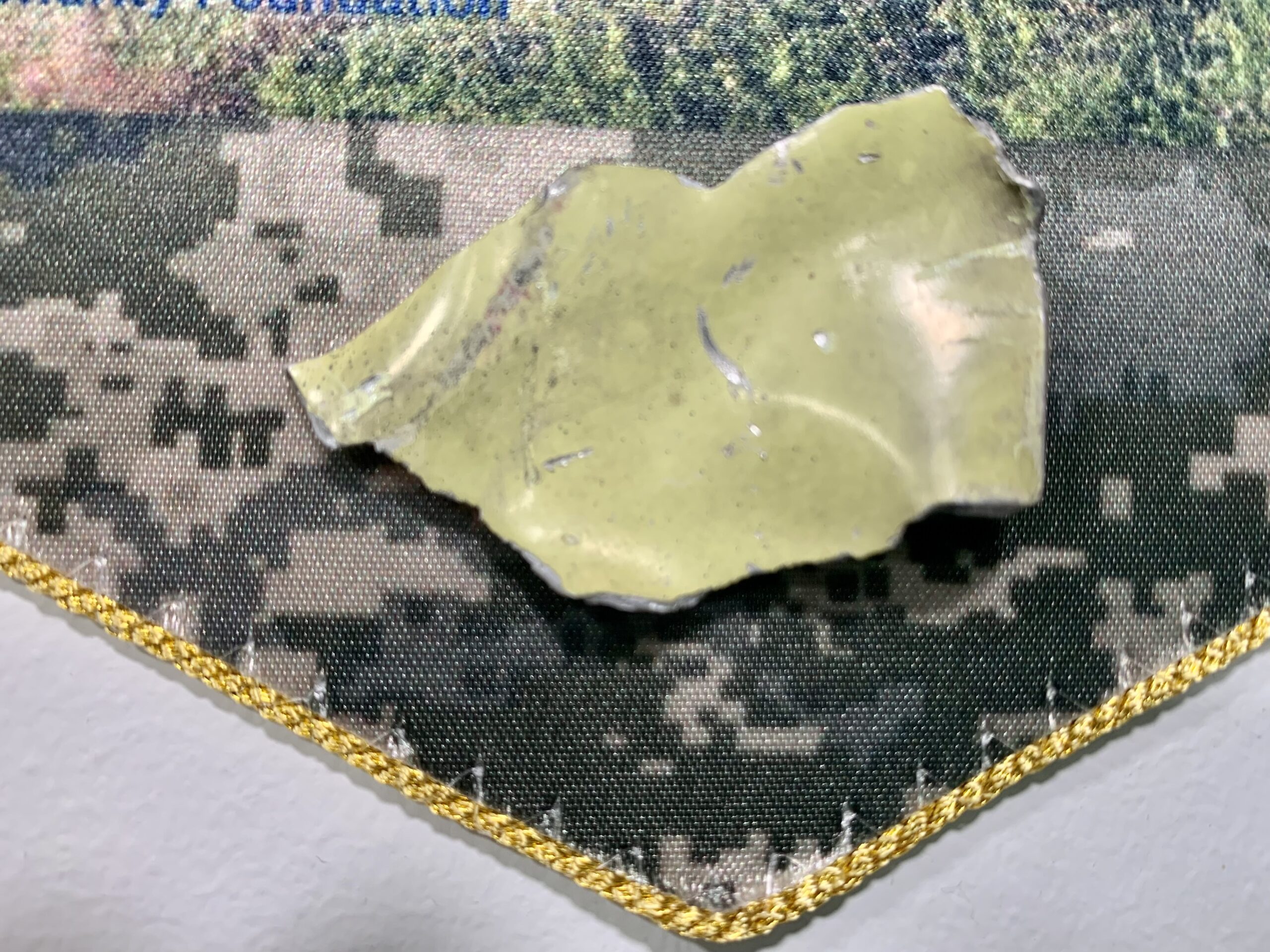 The Vest Project co-founders, Lori Burns and Cindie D’Agostino received an early Christmas gift from the KOLO Charity Foundation, as a thank you for their continued eﬀorts helping the front-line defenders of Ukraine.

The gift is a piece of metal was from a Russian SU-34 fighter jet that was shot down in the Kyiv region March 18, 2022. The aircraft was intended by Russia to bombard residential areas with FAB-500 high-explosive bombs, the most powerful in their arsenal. The wreckage of the fighter jet fell in the Buchansky district near the then occupied village of Buzova. 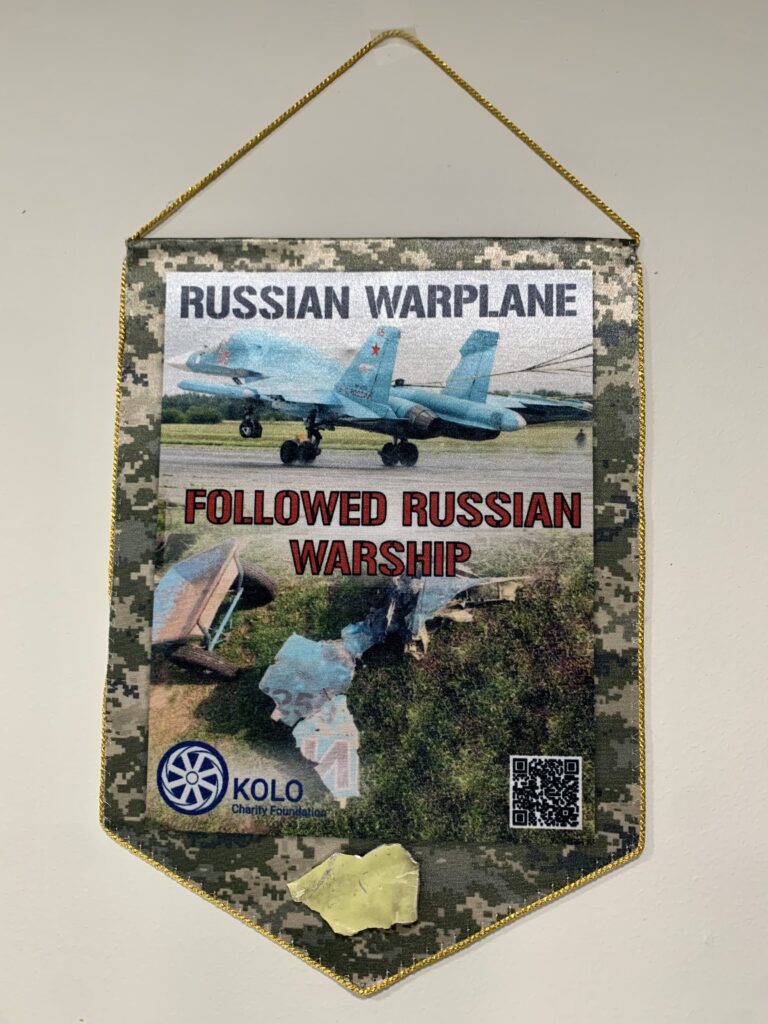 With the onset of winter bringing more hardships without heat, running water or dependable power, Burns and D’Agostino are desperate to raise more funds for the frontline defenders of Ukraine. They decided to auction off the war mememto to generate more funds to purchase much needed non-lethal equipment. 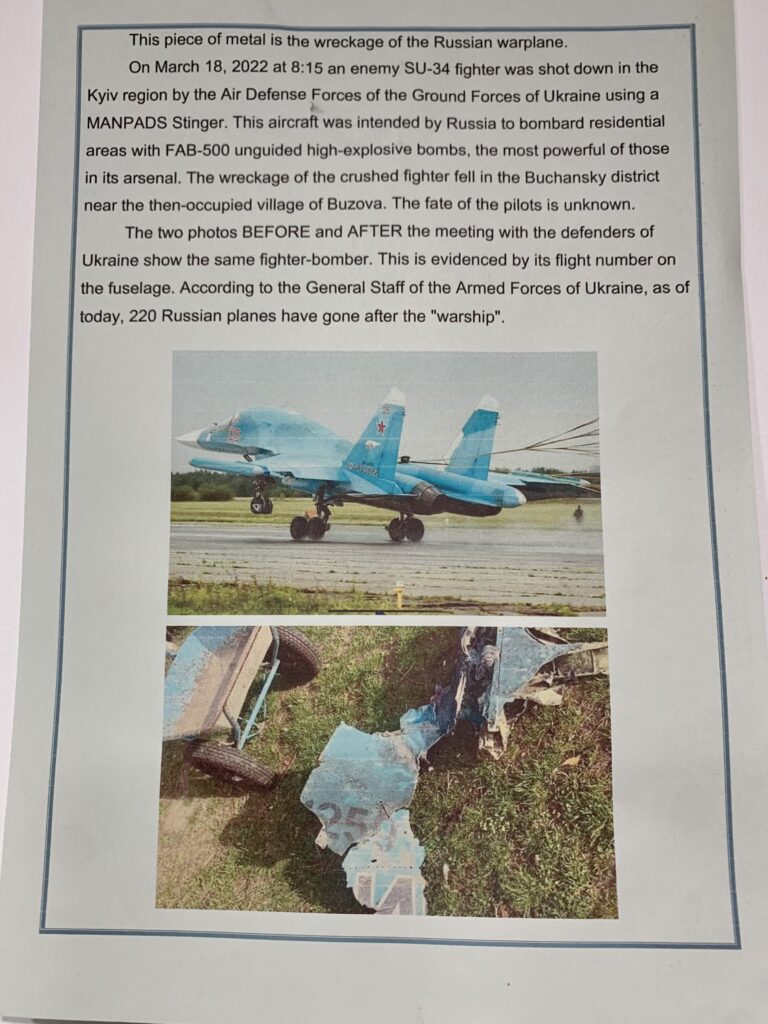 Since the war began, The Vest Project has been able to purchase $85 000 worth of non-lethal protective gear such as vests, helmets, medical kits, night vision equipment and drones. This was only made possible by the generous citizens and volunteers from North Bay and surrounding areas, and local media who have continuously supported these efforts. Follow the group’s Facebook Page.