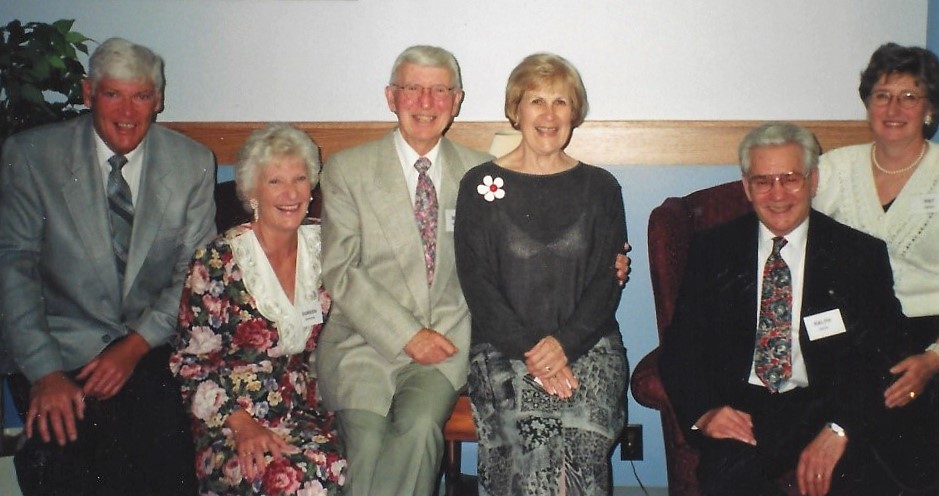 Club 45 began in November 1978 when Les and Pat Brouse, Art and Betty Fricker, and Frank and Betty George began a dining and dancing club for couples 45 years of age or older. They would meet the last Saturday of each month for an evening that included a really good buffet dinner, great music and dancing.

The executive of the club was made up of Presidents (a couple), Vice Presidents (a couple) and Secretary Treasurers (a couple). These six people were responsible for choosing each month an affordable location, selecting music (orchestra or disc jockey), deciding on a menu, selling tickets (originally at Deegan’s and now at Stradwicks), organizing themes, centre pieces, door prizes and spot dances, and preparing financial statements and membership lists. Little has changed to this day except the age of the participants. 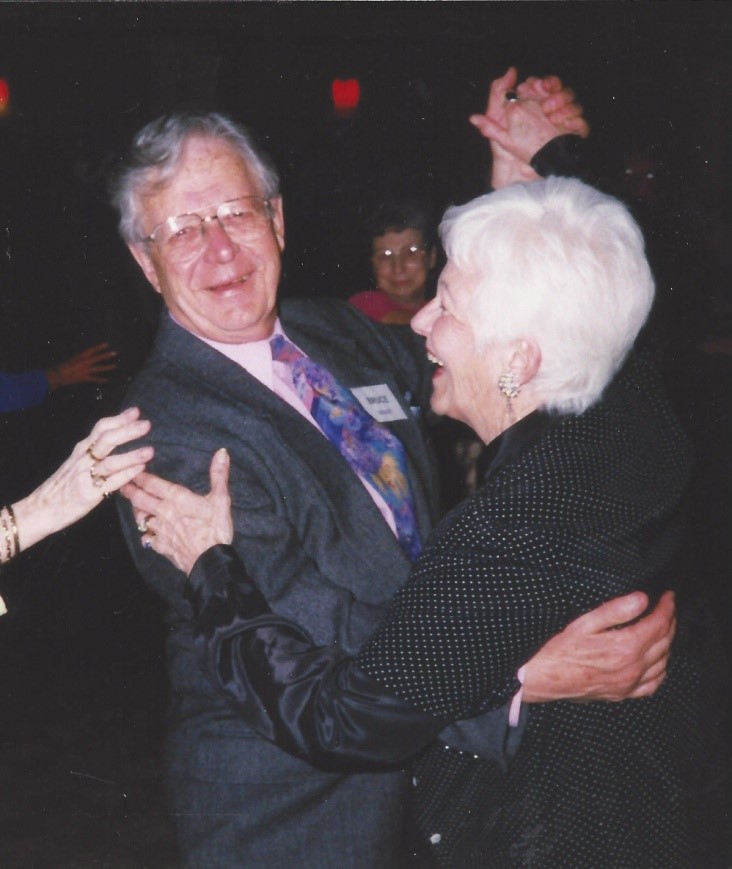 The Club, still viable, is looking for new members. Professional dancing standards are not required although if you can waltz, fox trot, swing or cha-cha-cha your legs are guaranteed to get a good work out! For those who like to softly cuddle on the dance floor, just imagine yourselves swaying to Anne Murray’s “Can I Have this Dance for the Rest of my Life”.

Ralph James, who moved from Hamilton to North Bay with wife Shirley in 1989 to buy the local Stradwicks, heard about the club when making a house call at the Frickers. He mentioned he loved to dance, joined three months later and the rest is history. Since his wife’s death Ralph has remained a loyal participant, and today, cane in hand and a big smile on his face, showing off incredible moves for someone over the age of 90, he still slides across the dance floor with pizzazz. 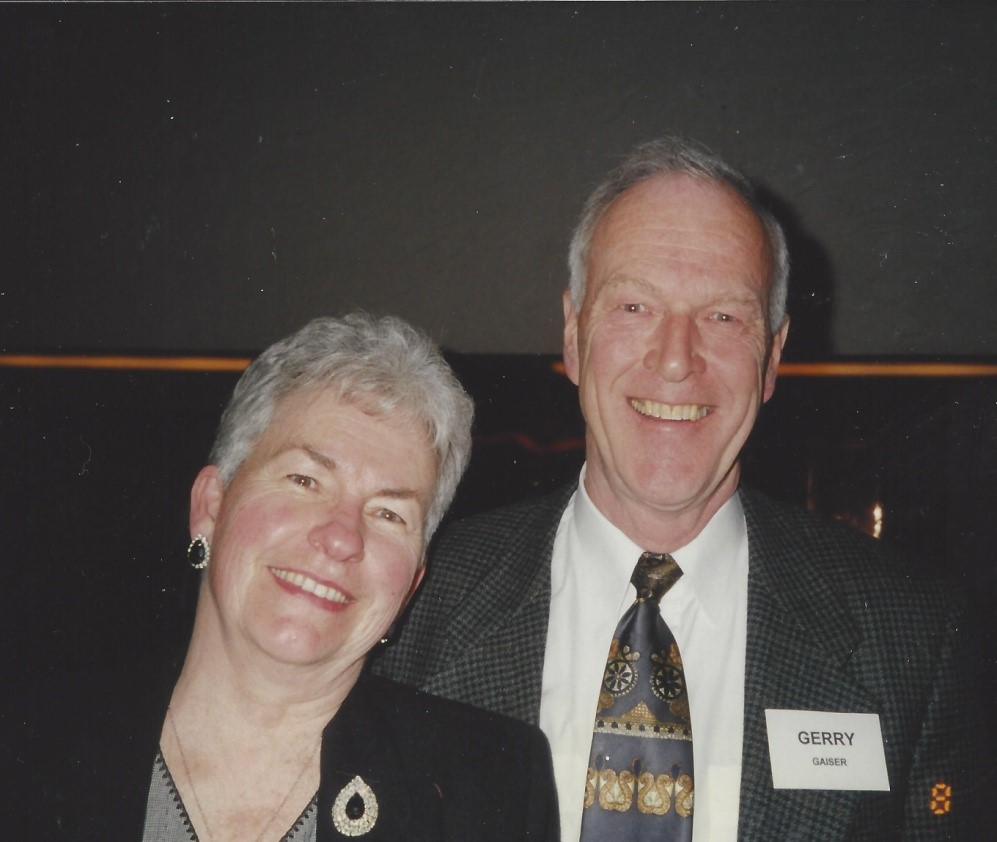 Ralph Diegel has been a member since the beginning. When Pat joined him in 1994 she loved meeting everyone who came to Deegan’s to buy tickets. “I got to know everyone”, she said. “They were the nicest people, we had the nicest music. It was a chance to dress up and be entertained. Ralph and I were both on the executive for many years and always had fun. Ralph was treasurer for years.”

Locations are picked on the quality of the dance floor and the food. Over the years the group has met at the original Pinewood (now Ramada), the Best Western, the Callander Bay Legion, The Golden Age Club, the Officer’s Mess at the Base, the Shriner’s Club, the old Howard Johnson and several others. Music has been performed by the Continentals, Night Shift, Bay Street, Arturi, Ralph Burton, Garry & Renee White, Solid Gold and Twilight. 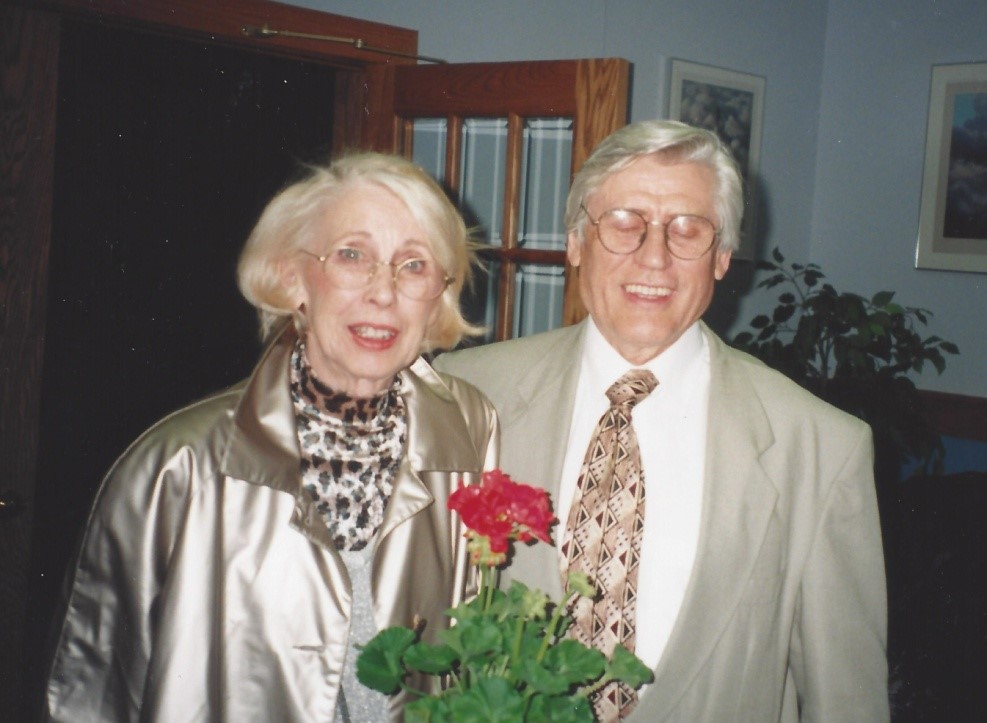 Favourite solo performers have been Bill Verbosch and Keith Whitfield. In 1998, 20 years after start-up, the cost of a yearly membership was $50 a couple, tickets to each event were much less than $100 a couple (cost of rental, food and music) and membership was more than 60 couples. Today numbers have decreased as aging helps explain! Guests are now encouraged although years ago they were only allowed twice a year because of space. The time for the evening has remained the same; cocktails begin at 6:30 p.m., the buffet dinner at 7, followed by music and dancing until about 11 pm. 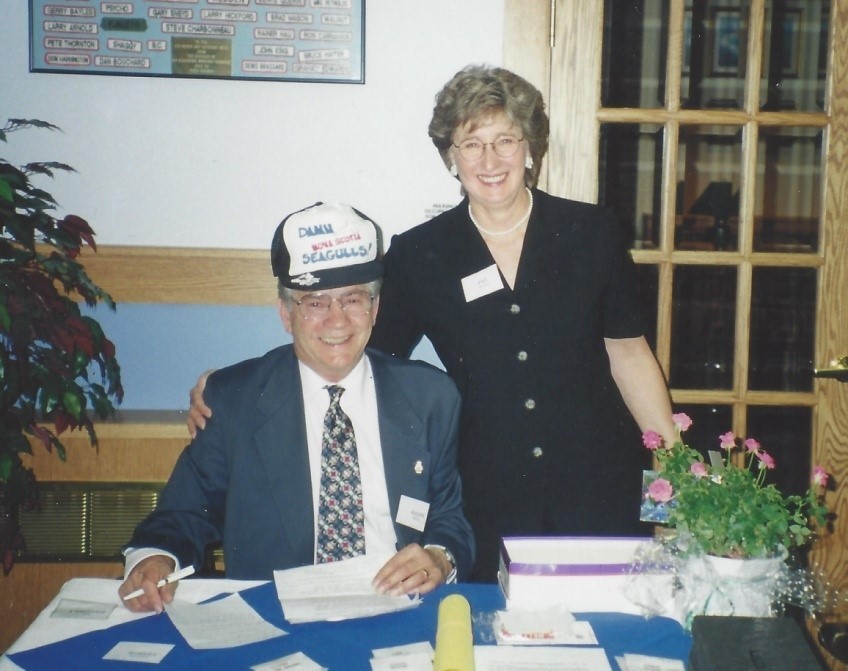 This year the final dance of 2022 will be held at the Golden Age Club on Dec. 30, a day before New Year’s Eve to free people up for family fun. An official countdown will begin about 10:30 p.m., followed by an enthusiastic rendition of Auld Lang Syne.

For further information, email club45northbay@gmail.com or visit Stradwicks and buy a ticket. Photographs thanks to Marg Moore, Pat Diebel, and Judith Ingwersen. 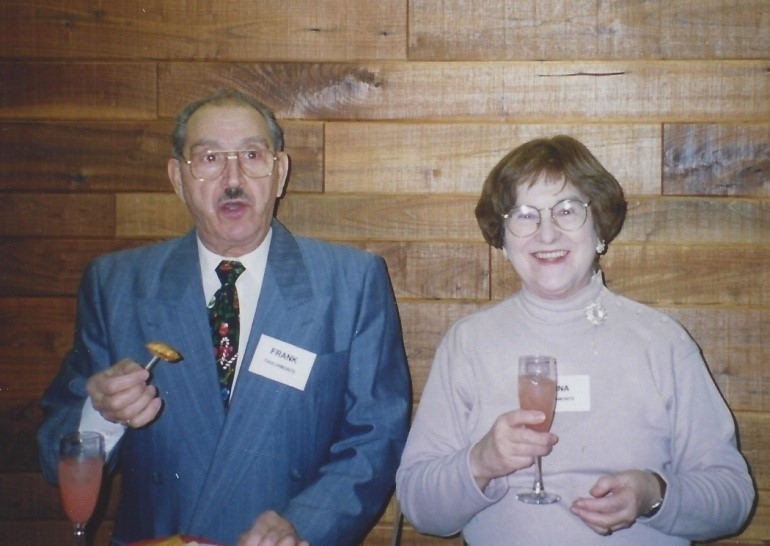