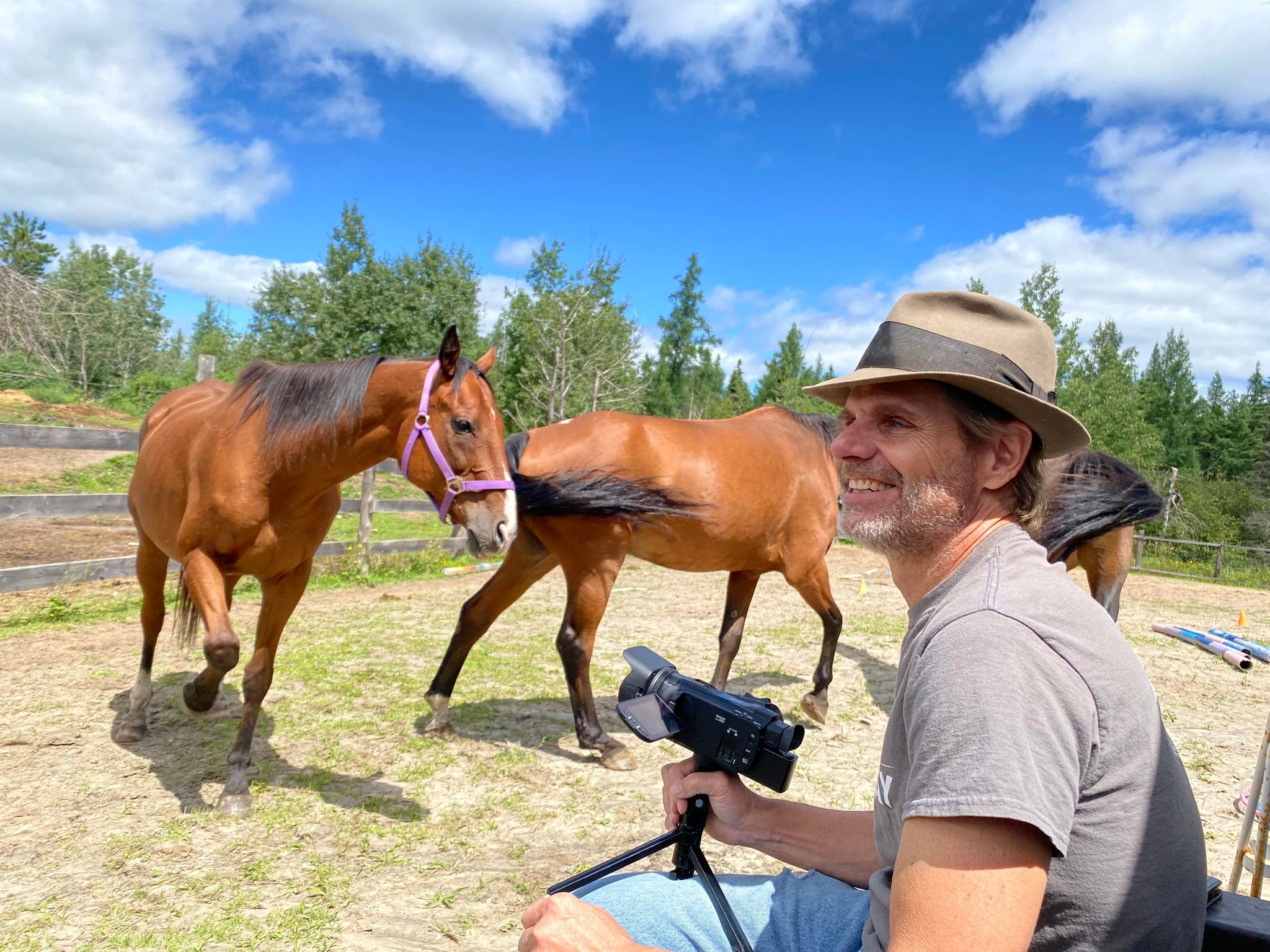 No more horsing around…

Summer sure is slipping by faster than a Corvette with high-octane fuel pumping all eight cylinders. My September schedule looms just three weeks away and it’s going to be a riot of good times trampled by pressing business chores.

My visit to Horse Ability last week to record Esther Pennell playing in the corral was a highlight and it was cool catching up with owner Lori Burns after helping promote the Vest Project she started with Cindi D’Agostino. That reminds me I need a new Ukrainian flag for the highway mailbox in Corbeil and I should wash the yellow and blue jersey honouring my pierogi roots.

Seeing a couple bands at the Mattawa Voyageur Days concert July 21 was super fine with “not-my-girlfriend” at my side for a rare rendezvous. It would have been nice if her 25th anniversary 1978 silver Corvette wasn’t moaning and groaning about being this far north, but it sure reminded me of the old days when I was driving autos that didn’t like to auto consistently. Every ride was an adventure.

Heavy on my mind, beginning this week is the Fall Edition of Back in the Bay Magazine, with an expressed aim to circulate in the third week of September. It’s going to be a collector edition featuring a few city council ‘myths and legends’ with history sponsored by candidates for the municipal election October 24. Mike Gelinas has stepped up to sell ads for the voters section, he can be contacted by email HERE. We also have some interesting stories coming out of the Nipissing District Branch of the Ontario Genealogical Society, including a few archive pieces like this 1945 council photo for the main section. It was part of The Nugget’s last library purge before selling the Worthington Street building this spring. 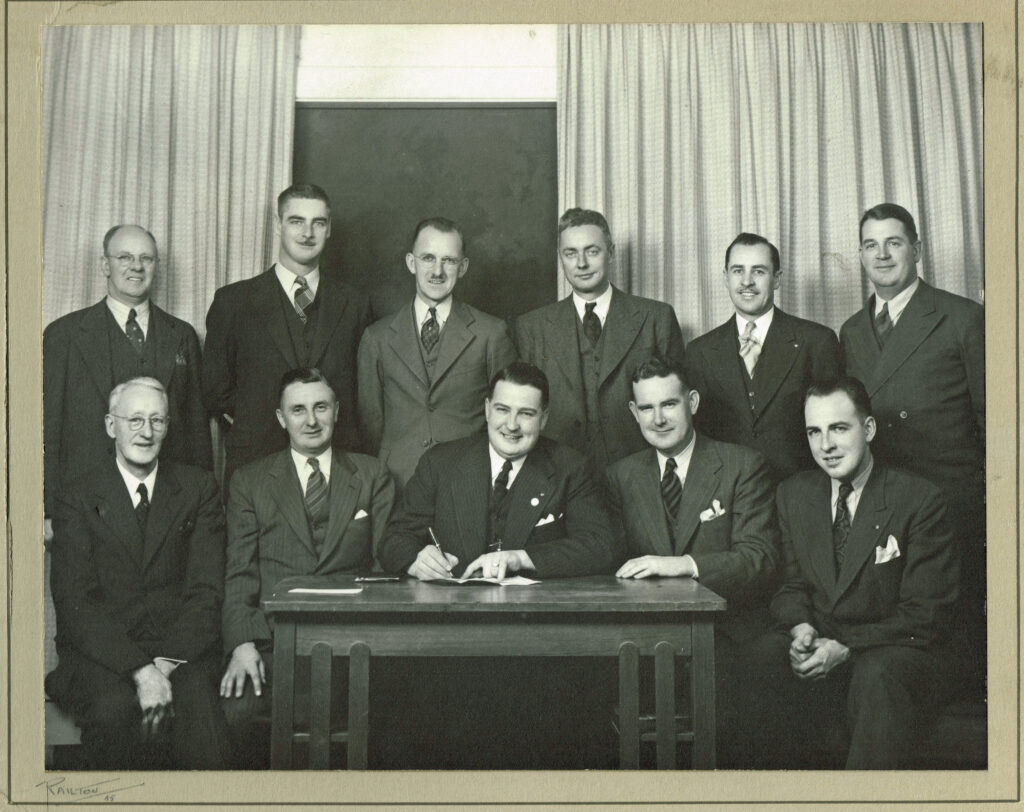 The magazine deadline will be in its ‘natural born killer’ mode, no doubt, with a post-Labour Day push needed to get it on the Beatty Printing press before the Autumn leaves turn to dust. Ads should be booked and “camera-ready”  and the content set to go at the same time the free burgers and wieners digest in unionist bellies.

It’s going to be crazy, mostly because I took on a part-time job to help the Nipissing Region Curatorial Collective promote a few of their events June through October. The dance and music performance at the Davedi Club July 30 was actually better than I thought (see the video HERE). And it will be fun juggling priorities by the hour with the big Old Growth conference Aug. 20-23 and World Culture FusionFest Sept. 16-18.

It’s been interesting and fun working with Dermot Wilson of the NRCC, as well as social media coordinator and website artist Terre Chartrand, this year since renting a desk in Suite 14 at the co-operative space at 176 Lakeshore Drive. Check out out some of the stories and videos, feedback is welcome.

Personally, I’m looking forward to catching the Downchild Blues Band at the Capitol Centre Sept. 1 with Donnie Walsh and the crew are here to celebrate the group’s 50th anniversary (which was COVID constrained). I saw them in Toronto for their 40th anniversary and the Flip, Flop and Fly memories from days long ago will always be there. Walsh will be inducted into the North Bay Musicians and Entertainers Hall of Recognition that night with 12 inductees being celebrated with a dinner at the Grande Event Centre Sept. 16. Old friend Eric Bedard and others will be performing at their own induction ceremony, so it should be cool. Not sure how I’ll also be at the FusionFest’s opening night at the same time but you know how Gemini’s roll. My twin sides will tag-team that night. See the story and photos of the Class of 2019 induction ceremony held at the Capitol Centre July 30.

I’m also looking at October for a possible third ‘dinner and show’ series, hopefully with Gary Davison, Esther Pennell and Jude Zappala, in conjunction with Chris White and Moose’s Cookhouse. l know a lot of the people who have attended the May 19 and July 28 feasts say we delivered a good value for the buck and they appreciated seeing a variety of local talents in a short time (about two hours for a sitting). I like October 20 and after consulting Gary, we think one sitting starting at 6 p.m. is best.

The algorithms hit me with Tragically Hip everything after posting Zappala’s Grace, Too cover HERE from the dinner. His tip of the hat to me and my ‘lover’ with the Pina Colada song really put the icing on the cake for that show, one of several unscripted moments where we were all on the same page eventually.

If you’ve been reading my BayToday columns, specifically the latest missive, you can imagine I’m knee deep in political puddles … or at least standing off a beach looking through binoculars at the far swamp across the way.

Imagine if I was actually running for North Bay council, as I considered over winter and spring? There wouldn’t be much time to smell the flowers and attend local events for the fun of it, that’s for sure. 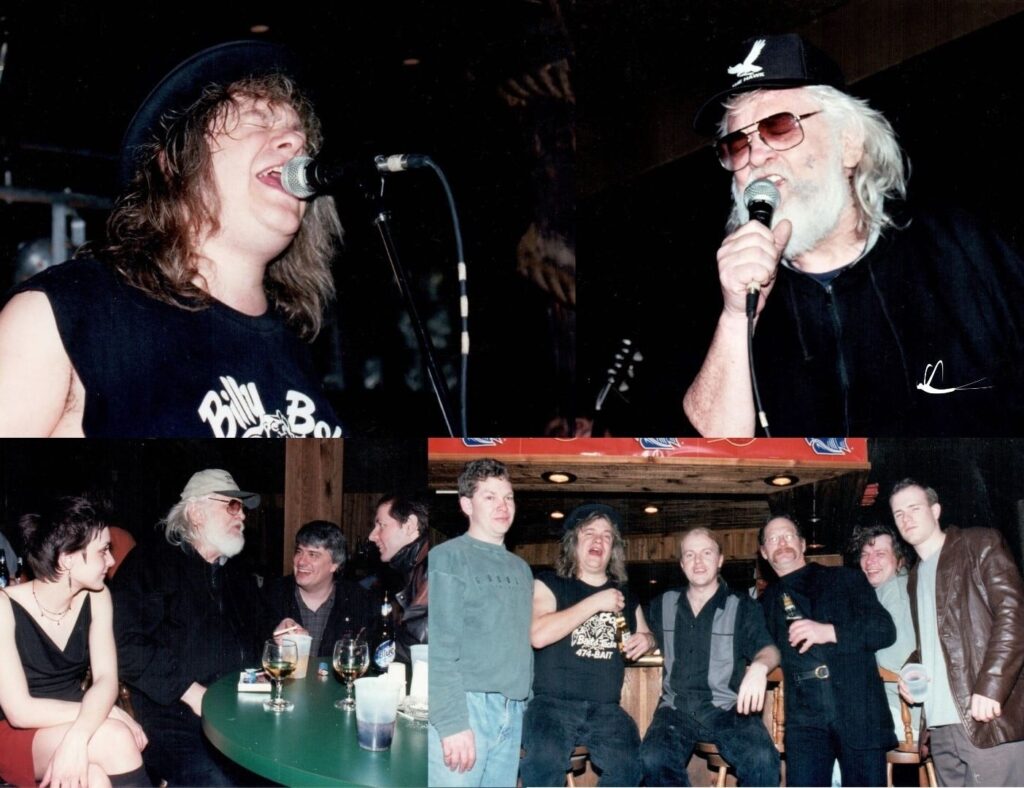 As it happens, I’m free to bounce around to wherever I feel like (at least at the time of writing this). Attending the Rock the Dock at Harper’s Marina Saturday, Aug. 6 was a blast I appreciated. Gave me a chance to enjoy some outdoor music among a chill cast of characters familiar to me in vibe and disposition. See the Small Town Times YouTube Channel for several videos from the day. If you want to understand a bit better why it’s dedicated to Peter SAB Sabourin follow this LINK for a great video. If you’re into tunes, check out Waxxie’s YouTube channel, here’s a SAMPLE.